In Defense of Señor Ochocinco

Share All sharing options for: In Defense of Señor Ochocinco

He Riverdanced in the endzone. He putted the football with a pylon. He gave the football CPR. He declared himself a future Hall of Famer. He sent "gifts" to opposing defensive backs on game weeks. He made a list of "who covered him" in 2005. He raced a freaking horse. He got fined for asking not to be fined. He proposed to a Bengals cheerleader. He jumped into the Dawg Pound and did a Lambeau Leap. Just last week, he donned a sombrero and poncho. This week, he's threatening to blow the Vikings horn if he scores. (As Gonzo already pointed out, that's gonna be pretty tough considering we play that through the speakers.)

He violates the NFL uniform policy more often than Tiger Woods violates his marriage vows. He Tweets roughly 647 times a day. He made up two totally nonsensical phrases, "Child please" and "Kiss da baby", while stealing the show on HBO's "Hard Knocks" this season. (Not to mention his new line of condoms.) He...well that's all I can think of right now, but I'm sure I'm missing at least a handful of other crazy things he's done.

And you know what? Even though I'm not a Bengals fan, I love every last bit of it.

If you're a regular reader of the Daily Norseman, you know that I often have fun at the expense of opposing players. Just take a look at my recent posts about T.J. Houshmandzadeh and Jay Cutler. But when it comes to Chad Ochocinco, I can't help but like the guy.

Most people outside of southwestern Ohio can't stand him, and I understand why. Chad is a cocky, showboating loudmouth who's starved for attention and wants the spotlight permanently affixed on him. When he scores, I'm guessing the phrase "act like you've been there before" has never crossed his mind. Each premeditated celebration makes Vince Lombardi and Knute Rockne spin in their graves. Basically, he's the polar opposite of "old school".

Which, in my opinion, makes him so likable. My formative years of NFL fandom included the Ickey Shuffle, the Redskins "Fun Bunch", the Super Bowl Shuffle, and Billy White Shoes Johnson. I fell in love with the NFL because it looked like so much fun. These days, I'm all too aware that the NFL is big business before everything else. But Chad's antics, as sophomoric and cheesy as they are, remind us that the game can still be fun.

So there, I said it. I defended #85. I truly enjoy him. Deal with it. But that doesn't mean I'll enjoy anything he does on Sunday.

Barring a collapse rivaling that of Tiger Woods' public image (that's right, two Tiger jokes--gotta strike while the iron's hot), the Cincinnati Bengals are going to win the AFC North. The Steelers conveniently took themselves out of contention last night, and Cincy needs only one more win or Ravens loss to clinch. And you know what? They've earned it. They've earned it by grinding the clock with a punishing rushing attack, not making many mistakes, using opportunistic special teams, and leaning on a vastly improved defense. So basically, they've been very anti-Bengal-like this year. Which is always a good thing.

What isn't good for the Bengals is how they match up with the Vikings. So you want to run the football 35 times? Don't think the Vikings' #3 rush defense will have a problem with that. Plus Antoine Winfield should finally be back in the lineup this week. (Of course we've heard that before from "The Foot That Cried Wolf".) Although I just got done heaping praise on Ochocinco, it isn't like Cincinnati's offense has been that explosive in 2009. Gonzo covered this yesterday by pointing out that they haven't lit up the scoreboard since blowing out the Bears in Week 7.

Yet the Bengals are still winning because of their defense. Defensive coordinator Mike Zimmer has his group of NFL castoffs playing downright amazing. If he doesn't get a head coaching gig with all the vacancies sure to be created after the season, I'd be shocked. Favre & Co. will have to perform much better than they did in Arizona to move the ball.

I think it's going to be a battle on Sunday. But if you think the Bengals are going to come to the Metrodome and beat the Vikes this week, I only have one thing to say to you.

My Week 14 NFL picks, guaranteed to be mediocre as ever:

Saints over FALCONS: The Saints have officially entered the Madden Zone. Not only do they put up Arena League points, they had the classic "No F---ing Way" game against Washington last week. Everyone that has played Madden knows that game. It's when no matter what you do, the computer steals the game from you. Even if it looks like your guy was down, the game still rules it a fumble. Even though you swear your accuracy was right on, your kicker pushes the game-icing field goal wide right, leaving you saying "No f---ing way" about fifteen times. Sound familiar Redskins fans? Anyway, stick a fork in Atlanta. The injury bug ate whatever chance they had of being contenders in '09.

Jets over BUCCANEERS: I don't care that the Sanchize is out because he's allergic to sliding. The Bucs are 31st in the NFL in run defense. Rex Ryan should be pistol whipped for every Kellen Clemens pass play he calls past 20 attempts. 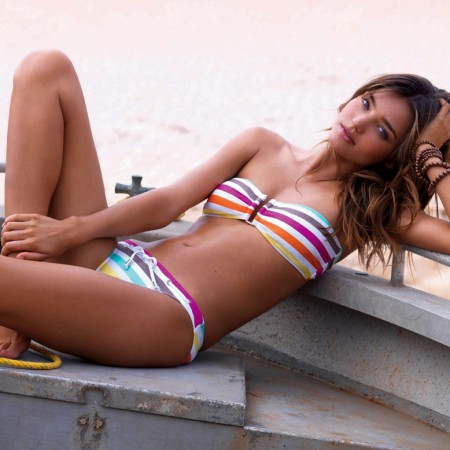 Bills over CHIEFS: Judging by how the past few weeks have gone in the NFL, this will somehow end up being the best game of the week. I just can't figure out how that could possibly happen though.

RAVENS over Lions: Too bad this game is the same week as our game against the Bengals. Because if the Lions win this game, it's obvious that the AFC North is incapable of beating terrible teams. Then if our Cincy game was later in the season, the Vikings could just wear 2008 Lions jerseys and cruise to victory!

Packers over BEARS: The biannual game where I hope both teams lose and suffer many season-ending injuries. Alas, my dream never comes true. I'd like the Bears to show up and help us clinch the division, but that's kind of like asking Tiger Woods to win a Husband of the Year Award. (BOOM! Just when you thought it was safe! A TIGER WOODS JOKE TRIFECTA!)

TEXANS over Seahawks: The Poulan Weed Eater Independence Bowl matchup of the week. Sure, they're still playing, but both sets of fans know that this game doesn't mean anything.

COLTS over Broncos: I'd love to kidnap Colts head coach Jim Caldwell fifteen minutes before kickoff and see if anyone on Indy's sideline notices before halftime. I say no. What a great gig that guy has.

Dolphins over JAGUARS: I absolutely HATE picking games that involve either of these teams. The Fins and Jags can beat anyone and lose to anyone on any given week. I'm just glad they're playing each other this week so it only counts for one incorrect pick.

RAIDERS over Redskins: Washington better watch out here. If they're not careful, they're going to mess up their formula of getting a big lead on a team only to choke it away late. If the Skins get up by more than a score on Oakland, I'm fairly doubtful that the Raiders will allow choking like that on their watch.

TITANS over Rams: A Super Bowl XXXIV rematch! Except one team started their season six weeks late and the other team should have just quit after beating the Lions. This is also my Eliminator pick of the week--still kickin' at 13-0!

COWBOYS over Chargers: San Diego has won 15 December games in a row. The Cowboys have stunk in December since the old Levi's Button Your Fly shirts were in. Picking the Chargers is too obvious here, right? (Says the guy that limped to 9-7 in his picks last week.)

GIANTS over Eagles: The Eagles could easily win this game. But I'm rooting for Andy Reid to pull one of his classic clock management botch jobs to allow the Giants to win in the waning seconds, followed by Eagles fans realizing in horror that they just signed this guy for three more years. Because after dealing with Philly fans in the Dome the past two seasons, I wish nothing but terrible things to happen to them at all times.

Cardinals over 49ERS: Yep, I'm officially terrified of facing the Cardinals again in the playoffs. That was a Grade A whoopin' they put on us last Sunday. Drew Margary already wrote about this in his weekly Deadspin Jamboroo, but it's worth mentioning again because I noticed it as well on Sunday night: Anquan Boldin is just pissed off at the entire world. He's still upset about his contract situation, and he will let you know it with each joyless reception and subsequent icy glare to anyone that dares to glance at him. Ochocinco has approximately 4,500 times more fun playing football than Boldin does every Sunday.