Ladies And Gentlemen, You Have Made A Difference

Share All sharing options for: Ladies And Gentlemen, You Have Made A Difference 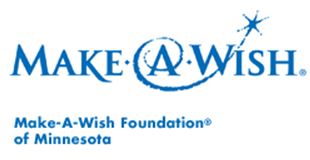 Yesterday, Ted posted a story letting everyone know that the Minnesota Make-A-Wish Foundation was the charity of choice for Jim Kleinsasser, who will be playing his last game tomorrow afternoon. A donation to the Make-A-Wish Foundation is a great way to thank #40 for his years of service to the Vikings and the Twin Cities community.

Well, you folks responded in a big way, so much so that. . .well, I'll just show you what Vikings' PR director Jeff Anderson put on Twitter no more than ten minutes ago.

@andersonj
Jeff Anderson Thx to efforts of @DailyNorseman & Vikings fans to donate to Make-A-Wish in honor of Kleinsasser, Vikings will also donate $2,500.
Dec 31 via Twitter for BlackBerry®FavoriteRetweetReply

Yes, ladies and gentlemen, more youngsters are going to have their dreams come true thanks to donations from people like you.

Now, just because these accolades have come in doesn't mean that you can't donate if you were planning on doing so. The Make-A-Wish Foundation is one of those places that can't possibly get enough money into their coffers. So, if you were planning on making a donation, regardless of what it is, please don't let this stop you. Donations can be in any amount, and somebody in the other thread mentioned a $40 for #40, which is an awesome idea if you can spare it, in my opinion. Just click on the logo up there, and it will take you straight to the site for Make-A-Wish Minnesota.

Thanks again to everybody that's donated thus far, and who plans on donating going forward.