NFL Labor Crisis: Letter From The NFL To The NFLPA

Share All sharing options for: NFL Labor Crisis: Letter From The NFL To The NFLPA

Over at NFLLockout.com, they have the full letter that the NFL sent to the NFLPA, informing them of the lockout that the owners were imposing on them. This happened at right around midnight last night.

The full letter can be seen after the jump. 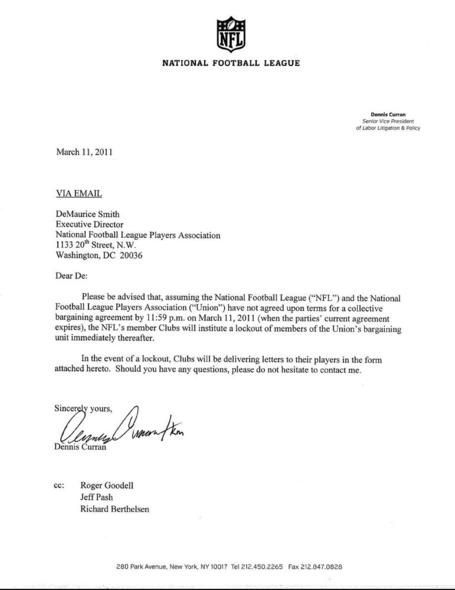 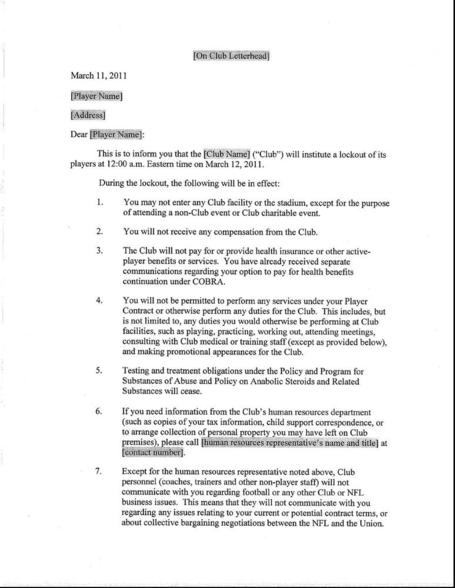 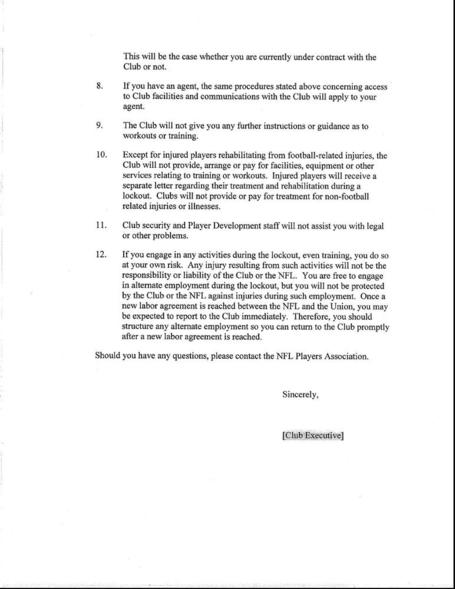 This is why I was kind of surprised that the stories were coming out yesterday that free agency could get underway at midnight if an injunction was filed. If the owners are locking the players out, why on earth would they try signing them to contracts to give them more money?

So, the NFL's players are officially locked out. Now it's just a matter of when this stuff is going to filter its way through the court system.