Our Old Friend Goes to the Jets?

Share All sharing options for: Our Old Friend Goes to the Jets? 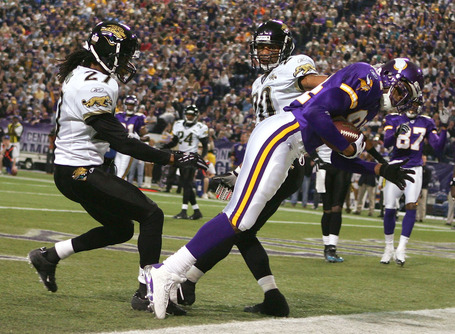 You knew SOMEONE was going to pick him up.

Seeing as how there’s not anything going on with the Vikings today, I figured I’d give a quick blurb here on this. >glances over shoulder< McNabb? What about him?

Rumor mill has it that Randy Moss is of great interest to the Jets. Having dumped what is described in technical terms as a ‘buttload’ of money on Santonio Holmes, they probably won’t have the cash/ salary cap space available for Braylon Edwards. But… they’ll probably have the cash/ cap space for our old friend Randy Moss, who will not be commanding a whole lot on the FA market thanks to last season’s performance/ antics.

Oh, and in other 'old friend' news... I don't think Brett Favre is going to the Eagles, or anyone else for that matter.