The Morning After The 'Take It Or Leave It' Announcement

Share All sharing options for: The Morning After The 'Take It Or Leave It' Announcement 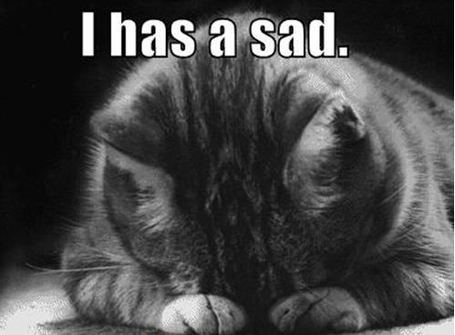 So, it looks like the Governor Dayton has pretty much given the Vikings a 'take it or leave it' option with the Metrodome site.

Wow, nobody saw this one coming. I just assumed it would be the Farmer's Market site, because even I didn't think the state of Minnesota could be this stupid.

When you get into the meat of this story, the key words that jumped out at me in terms of Vikings reaction were 'upset' and 'frustrated'. When you add those two together, it's not a stretch to get to Pissedoffville, and once the car pulls into that town, from my understanding there's an on-ramp to the Los Angeles highway.

I mean really, if I'm Zygi Wilf, this is the proverbial last straw. Let's review, after the jump

After years and years of flat out 'no', the state of Minnesota told the Vikings 'pay for a good portion of it your self, find a local partner, and we'll kick in $300 million'.

Okay, the Vikings said. Minneapolis said no, they couldn't be a partner because Hennepin County expended all of its political capital to partner with the Twins and get Target Field built, using an increase in county sales taxes and bypassing a referendum at the same time.

Okay, we'll find somebody else, the Vikes said. Minneapolis quietly snickered, because they didn't think there would be anyone else with the economic ability to partner with the Vikings to get something done. I contend they felt they had the Vikings over a barrel and would deal with them when they were damn good and ready to.

Minnesota meets all of the state's requirements in partnering with Ramsey County, and announces the Arden Hills deal.

Minneapolis pisses down its leg, it's so mad. They vow to kill it.

They develop a plan to build a new stadium on the Metrodome site with no--zero,zip, nada--input from the Vikings.

The Vikings tell Minneapolis 'your plan sucks, we want to go to Arden Hills'.

The Governor says to everyone 'submit your best proposals, and I'll pick the best one'.

The Governor says 'they all suck, but Arden Hills is dead. The remaining plans need A LOT of work.'

Two days later he says 'it's the Metrodome site or nothing.'

Now they've pretty much killed the Vikings with this take it or leave it deal, a deal the Vikings have said without saying they'll leave it.

I expect them to start saying things like 'we're moving if there is no equitable stadium deal in the legislative session' in about a day or two.

I expect either the state or the Metropolitan Sports Facilities Commission to sue the Vikings to try and make them stay in Minnesota because the Vikes had to play away from the Metrodome for a few games last year, triggering an automatic one year extension. In the eyes of the MFSC, but that is not the opinion of the Vikings.

I expect the Vikings to win that lawsuit and gain their freedom.

And then I expect the Vikings to move.

This is the part of the story where I put in 307 different variations for the f word.