I'm a pretty big fan of mugshots. They're usually pretty funny, and a lot of times, it makes you feel WAY better about yourself.

But when you take a look at AP's mugshot, you kind of get the feeling that three cops wasn't enough to subdue AP. Seriously, check out the crazy eyes and the lip curl: 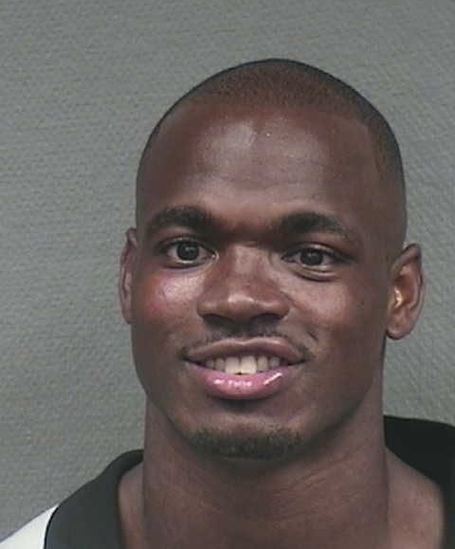 Kevin Seifert also tweets that AP has hired Rusty Hardin as his defense attorney. If that name sounds familiar to you, it should. He was the criminal defense attorney that handled the Roger Clemens 'I never took steroids (wink wink) but I won more games after the age of 30 than before' case.

Clemens was recently found not guilty, and this tweet from NFL around the league tells us that the most Peterson is looking at is a fine, and this will be adjudicated quickly. Could it fall under the league's personal conduct policy? I'm sure it will, but seeing as how this is pretty minor, AP doesn't have this kind of track record, and this is just a misdemeanor punishable by a fine, I doubt he gets suspended.