I haven't experienced a win as satisfying as this in several years. The last one, ironically, was probably the 49ers game in 2009, when the Vikes had that improbable comeback that we'll be able to re-live for a long, long time. I was sick about hearing 'Favre is over the hill this, schism that, blah blah blah', and I wanted something that would shut everyone up. There were several other wins I relished that year, to include the playoff dismantling of the Cowboys. But that 49ers game was pretty neat. The thing I loved about 2009 is that we just kind of hung on and enjoyed the ride that was that season, and had a Devil May Care attitude as to what happened.

Then 2010 and 2011 happened, and as a fan base, we took a bigger beating than major German industrial centers going up against the US 8th Air Force in World War II. We needed a lift, something to tell us that it would all be okay.

And then, today. So let's party cathartically...GANGNAM STYLE!!!!!

The SMR of What the Hell just happened, after the jump...

The Minnesota Vikings: God damn it, it may be cheap, and it may be cliche, but this was as solid a team victory as this organization has had in a long, long time. When the offense needed to make a long drive and score, they did. When the defense absolutely, positively, had to get off the field, they did. When the special teams needed a big play, they got one. When Leslie Frazier and the coaching staff needed to dial something up, they did. Honestly, if you can't get on board after this win, or get pumped up after a victory this convincing, you need to go cheer for another team. I can't help you. If this was college, and I was handing out helmet stickers, everyone would get one, because this was a great win for this franchise. The Vikings just didn't beat the 49ers, they flat out kicked their ass.

Kyle Rudolph, TE: The first drive was all Kyle Rudolph, as QB Christian Ponder hit him 4 times, to include the 4th and 1 touchdown pass. Rick Spielman takes a lot of heat from Vikings fans, but this is turning out to be an absolute genius pick. He's big, he has good hands, and he can get open in the red zone. He bailed out Ponder on his second TD pass that iced the game. This is a GANGNAM STYLE football player.

Chad Greenway, LB: Greenway took kind of a beating from the fan base last year, but he has been the best defensive player on the field in 2012. He had a great game today, as he was flying all over the place. He had 2 huge sacks, stuffed the run, and was solid in pass coverage. Seriously, I can't remember Chad Greenway playing a better game in Purple and Gold. If you can, please tell me in the comments. Helluva a step up game for the linebacker.

Christian Ponder: Okay, I'm done being kind of tongue in cheek about this Ponder-Webb 'controversy'. I got kind of smart ass-ey in the game threads because I was trying to make a point, but if any of you think that Joe Webb is still a viable option over Christian Ponder at this point, you're a moron. I'm done sugar coating it, and I'm done giving you and Webb the benefit of the doubt. I love me some Spiderman, but he's a one trick athlete. Ponder is a Bona Fide National Football League Quarterback. He leads the NFL in completion percentage, is 6th in passer rating, and has yet to throw a pick yet this season. He's lead three fourth quarter game tying or game winning drives in three games, and has a knack for making a play when it needs to be made.

Blair Walsh, K: Hey, here's a question for you. Name the Vikings kicker from 2006 through 2011. No, I can't recall who it was, either. Maybe that's kind of a cheap shot, because Ryan Longwell was a great kicker for the Vikings, but Blair Walsh set a Vikings record by hitting 50+ yard field goals in three consecutive games--no other kicker in team history had done that before Sunday. And that kick wasn't his best effort, truth be told. He kind of duck hook duffed it, and it STILL went over 50 yards through the uprights. Ridiculous. And awesome.

Adrian Peterson, RB: You could argue that Adrian Peterson should be a permanent Blue Chip stock, and I wouldn't have a big argument against you. This wasn't his best game, but it was possibly his most effective game. I could be having a bit of a brain cramp, but it seemed that every time Peterson got the ball on first or second down, he got at least three yards or more. It didn't seem like much, but Peterson's tough carries and catches either put the Vikings in favorable down and distance situations or moved the chains. And when you're facing a defense as good as the 49ers, you cannot continually go 2nd or 3rd and long and expect to win. The Vikings consistently found themselves in 2nd and 3rd and manageable downs, and they won. Pretty simple, when you think about it.

The Defensive Line: Jared Allen was the only lineman that registered a sack, but Alex Smith was harassed and hurried all afafternoon. He never got really comfortable in the pocket, and that was due to the pressure from the Vikes front four. The stats may not reflect it, but they had a big hand in Sunday's victory.

There are no junk bonds this week. When you beat what many people think is the best team in the NFC, and you beat them convincingly, no one deserves to get beat up over it. There will be plaenty of time for wailing and gnashing of teeth this season, but it won't be right now. Well done, Minnesota Vikings. Pat yourself on the back. And keep it up.

Buy: The Offensive Game Plan. 16 for 67. 11 for 80. 12 for 67. No, these are not the batting statistics for the Twins for at bats with runners in scoring position in the months of April, May, and June. These stats are the number of plays and yards for the Vikings touchdown drives against one of the best defenses in the NFL. Going into the game, I thought the Vikes would have a tough time moving the ball against San Francisco, and I didn't see this kind of efficiency or production coming. But it was awesome.

Sell: The Replacement Refs. So maybe this is situational outrage based on what happened today, but that was just ridiculous. If you're unfamiliar with what went down, Fearless Leader has a comprehensive breakdown here. If this buffoonery had cost the Vikings the game, I'd be livid. But it didn't, so I can just chalk it up to the ignorance of the replacement refs. Really dragged down the excitement level of the last few minutes of the game.

Buy: Using Toby Gerhart At The End Of The Game To Kill The Clock. Look, Adrian Peterson had taken...and given...a beating the whole game. Seriously, did you see where he absolutely went battering ram on Donte Whittner on a third down dump pass where he willed himself to the first down? Anyway, resting Peterson there when you're trying to kill the clock is something that is completely understandable.

Sell: Using Toby Gerhart After He's Fumbled 12 Times Inside Of Three Minutes. Okay, replacement ref buffoonery aside, you CANNOT TURN THE BALL OVER WHEN YOU'RE TRYING TO KILL THE CLOCK. You just can't, and after that first fumble Gerhart sees the sideline. After the game I hug him, tell him I love him and he'll be a big part of the team going forward, but for now, sit down.

Buy: Here's To You, Mr. Robinson. Josh Robinson put the dagger in the 49ers with the first Vikings interception since 1983. Okay, maybe it wasn't that long, but it felt like it. The defense has had a heck of a time making big plays and creating turnovers the last couple of seasons, but today they did both. It was just a solid overall defensive effort, and Robinson's game sealing interception was something that was long overdue for this much maligned unit.

Buy: Another Blocked FG: So the Vikes have a 14-3 lead, and San Francisco gets something going before the half. They drive down, and with just under a minute the drive stalls and David Akers trots out for what looks to be a chip shot field goal. It's blocked, the Vikes offense takes the field, and drives down and gets a FG of their own as the half expires. Instead of 14-6, it's 17-3. Huge psychological advantage for the Vikes going into the locker room. 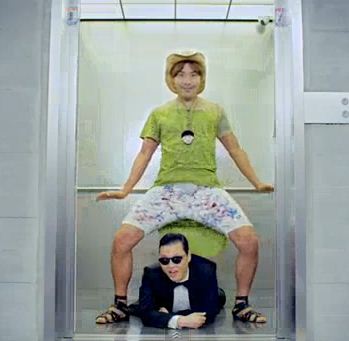 Don Glover Quote Of The Week:

The Vikes just beat the 49ers, and we're just kind of looking around, going 'did that just happen?'

Me: Holy crap, I can't say I saw that coming.

Dad. Me either. Frazier still needs to get fired, but I like what I've seen so far. 20 years later and Jim Harbaugh's still a bitch, too.

Don Glover's doghouse is like the Hotel California. You can check out any time you like, but you can never leave.

If you told me after week 3 that the Vikings would be 2-1, I would believe you. if you told me one of those wins would be over the San Francisco 49ers, I wouldn't have believed you. That was a great team victory, and it might be a season defining one. We now know that the Vikings can play with the best the NFC has to offer...and win. To me, this re-casts the season in a different light, and although you might think that this was a fluke win, I do not. I knew this team would be better than most people thought, but I didn't think this much better. But they are.

After three weeks, this is a team that can contend for a division title. Yeah, I said it. And I'm not taking it back.