Before picking this weekend's games, we take a look back at the issues facing the Vikings after their loss in Lambeau a week ago.

So I haven't posted anything since the Vikings lost to the Packers a week ago. The first few days of my hiatus were on purpose; I like to let things simmer and step out of my glass case of emotion before permanently putting my thoughts online. The next few days were a solid mixture of real-life business, laziness when things weren't as busy, and good old-fashioned writer's block.

I admit it. I was stuck. That's the one really tough thing about writing with the amazing team we have here at Daily Norseman: if you don't get your thoughts down right away, somebody else usually runs with it and covers every angle that you were planning on tackling. That was the case after the Vikings' season came to an abrupt halt last Saturday. Our Fearless Leader had about five posts up by the time I had formed any tangible opinions. You guys do know that Chris lives in Korea now, right? Yet he's still cranking out articles at an alarming rate. I'd make a "blogging sweatshop" joke here if it wasn't in such poor taste. And just when I think I have a corner of the Vikings landscape that Chris hasn't covered yet, boom! Here come Ted and Kyle dropping knowledge. I'd create a contest, scout some college players, or meticulously break down game film, but those departments are already covered by Skol Girl, Mark, and Arif respectively.

As the old saying goes: if you can't beat 'em, join 'em. My first article of the new offseason probably won't cover much new ground but I still want to share my opinions on the issues surrounding the Vikings this past week.

But before we get started, let's take a moment to appreciate how surprisingly well the 2012 season went as a whole. I thought the Vikings would finish with the exact inverse of their 10-6 regular season record. I felt that if everything went well for them, maybe they could scratch their way to .500. But the [insert Jim mora voice here] playoffs? You kiddin' me?! Only the rubiest of rubes could have predicted that with a straight face before the season. The Vikings struck gold multiple times in the draft: Matt Kalil, Harrison Smith, and Blair Walsh all made an immediate impact. Josh Robinson, Rhett Ellison, and Jarius Wright chipped in with noticeable contributions as well. When you come off a 3-13 season where you were the third worst team in the league, you better kick ass in the draft. Rick Spielman & company did just that and it paid off.

Of course, it doesn't hurt to have your all-world cyborg running back return from major knee surgery to come within nine yards of the single-season rushing record either. Adrian Peterson surprised everyone but himself this year. He put the team (and multiple defenders) on his back time and time again throughout the season. If he doesn't win the MVP in a few weeks, Webster is going to have to change the definition of "valuable".

The draft picks and AP are just two reasons why the Vikings had a seven-game improvement from 2011 to 2012. But we're not here to congratulate ourselves for going one-and-done in the playoffs. Let's get back to the real reason behind this article: going over what my fellow DN writers already covered and throwing in my two cents.

So yeah...about that internal quarterback controversy. The Joe Webb bandwagon didn't just come to a halt last Saturday. It went down like the Hindenburg. Webb confirmed what Arif, Skol Girl, and I all thought after covering training camp this summer. He's an amazing athlete--it's just too bad he can't throw a football. He has an arm like a Civil War cannon; unfortunately, he also has the accuracy of one. At least in the cannon's case it was usually OK if you missed the target by a few yards. I've always rooted for Joe Webb and marveled at his ridiculous athleticism. But if he's the backup quarterback again next year, something is seriously wrong. That said, I can't hate on Webb too much. He was thrust into an impossible situation with virtually no game reps to prepare himself. I didn't think that the Vikings were going to win that game regardless of who was under center. And outside of the first drive it's not like the play calling did him too many favors. Which brings us to our next talking point: Bill Musgrave.

Must Musgrave Go? If you read Kyle's article earlier in the week, you know his answer. He came at the Vikings offensive coordinator with both barrels and didn't stop until he was out of ammo. The ugly playoff loss in Green Bay was exacerbated by Musgrave's apparent lack of awareness of his personnel. He had the best running back in the world and a quarterback that ran roughly 6,000 times better than he passed, yet he got all pass wacky even though the game was within two scores for most of the night. Like Webb, I can't get too upset about Musgrave's performance in Green Bay. He was put into a very untenable situation when his starting quarterback couldn't go. But unlike Webb, we have a full season's worth of games to evaluate Musgrave by. Overall, I don't think he did well enough to keep his job. The offense played pretty well down the stretch to make the postseason, but he doesn't tailor his plans to his team's strengths well enough. He was certainly more flexible than the infamous Brad Childress K.A.O. system but he left us scratching our heads way too often. That said, I'd be surprised if the Vikings actually let him go. As John Madden once said: "Winning is the best deodorant." I think making the playoffs covered up Musgrave's funk just enough.

Christian Ponder's "Injury": While Musgrave's musk might be covered, the bruising on Christian Ponder's arm was there for everyone to see. It was definitely a shock when it was announced Ponder couldn't go just hours before kickoff. The sudden drastic change in Ponder's status led people to believe that he was being soft and unwilling to play through pain. I saw all sorts of tweets and comments to the effect of "LOL PONDER'S A WUSS HE DOESN'T WANT TO SUCK AGAINST GB AGAIN" or "DURRR FAVRE WOULD HAVE BEEN OUT THERE WITH BOTH ELBOWS AMPUTATED NO DOUBT". But then we saw Ponder's arm, which looked like it talked back to Ike Turner too many times. And Rich Eisen said on his podcast this week that he heard the Vikings knew that Ponder wouldn't be able to go on Friday night. Not exactly your run of the mill owwie, is it?

It really sucks that Ponder couldn't go in Green Bay. It's also unfortunate that the previous sentence wasn't the first time that I've used the words "Ponder", "really sucks", and "in Green Bay" together this year. Has Ponder earned the opportunity to go into 2013 as the Vikings' starting quarterback? I believe so. Is Ponder definitely the long-term answer at quarterback? That I'm not so sure of. The Vikings need to focus on getting Ponder more polished before the 2013 season. We can't expect the team to remain competitive with more double-digit yardage games from the quarterback. The Vikings also need to focus on getting a competent backup, or better yet, someone that will come in and genuinely challenge him for the starting spot in training camp. (We'll cover just who that quarterback might be in a different post at a later date--I have my counter argument for you Alex Smith supporters queued up already.)

There will be plenty of major topics to cover as the offseason soldiers on. Which current Vikings should stay or go, which free agents the team should go after, and of course eleventy kajillion mock drafts as late April gets closer. But I wanted to put a bow on the Vikings' final game of the season before we look forward to the divisional matchups this weekend. And here we go, fresh off a perfect Wild Card weekend (home teams in ALL CAPS):

BRONCOS over Ravens: One of the best linebackers ever goes out against one of the best quarterbacks ever. Denver steamrolled the Ravens four weeks ago in Baltimore and I don't see the outcome being much different this time around. And what's with all the Ray Lewis backlash this past week? Why can't people just appreciate what a great leader and player he has been for the past 17 years? Oh, right...that whole murder cover-up thing. Yeah, that's a legit reason for backlash.

Packers over 49ERS: I have gone back & forth with this pick more than Aaliyah. (A 1994 R&B reference! I'm so current!) I really want a repeat of Week 1 to happen, but I'm going with Green Bay for two reasons. First, Justin Smith won't be at 100% if he's on the field. You beat the Packers by getting to Rodgers with a four-man rush, and Aldon Smith won't be able to do it by himself. Second, I know you've heard this story before, but Aaron Rodgers is from Cali. He was snubbed on draft day by his childhood team in favor of Alex Smith. It's not that big of a slight, but Rodgers is treating it like he's Liam Neesen and the Niners are the kidnappers in Taken. He has a very specific set of skills, and he will use them to kill San Francisco.

PATRIOTS over Texans: C'mon. You know that Manning vs. Brady is happening. If the Broncos take care of business on Saturday, don't be surprised if the Buffalo Wild Wings folks intervene to ensure a Pats victory. But they probably won't need to because New England is just better. Since I have nothing else to add, let's finish things off with our Gratuitous Picture of the Week. 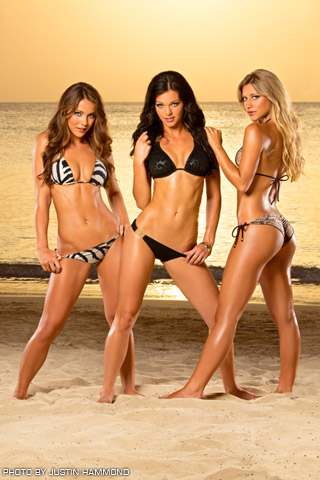 "Don't worry if the calls are shady, the network just wants Manning/Brady!" (image via prod.static.patriots.clubs.nfl.com)

Enjoy the best weekend of football of the year, everyone!