Yes, Adrian, An Orange Peanut For You

Share All sharing options for: Yes, Adrian, An Orange Peanut For You

If you saw the NFL "Bad Lip Reading" video that was put out about a week ago. . .and you should have, because we put it up for you right here at The Daily Norseman. . .you'll appreciate this story a whole lot more.

The NFC Pro Bowl team spent the other day practicing at Joint Base Pearl Harbor-Hickam in Hawai'i. At some point during the proceedings, the players went over to where the crowd was to sign autographs. And someone. . .namely a Reddit user by the name of "tchrox". . .presented Adrian Peterson with an orange peanut. 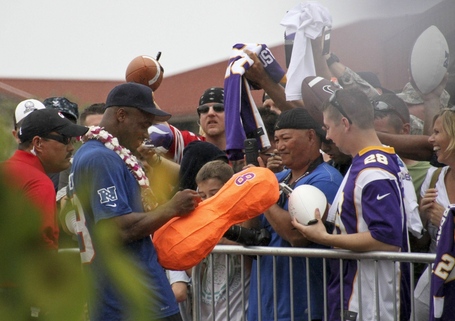 It's awesome that someone actually took the time out to do this. Even more awesome? The man signed the peanut. 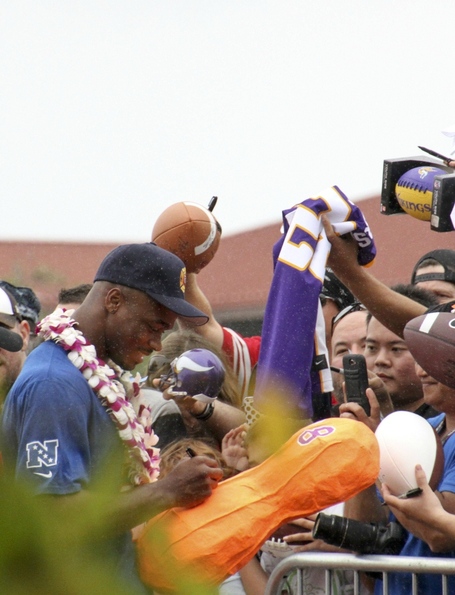 And even more awesome still? According to the comments on his account, TCHRox confirms that, upon seeing the peanut, Adrian Peterson did indeed say, "An orange peanut? For me?"

(No word as to whether or not Peterson told TCHRox that he accepted him.)

I like seeing stuff like this, folks. . .AD is with it enough to have gotten the Bad Lip Reading reference, and cool enough to have treated this like any other autograph request.