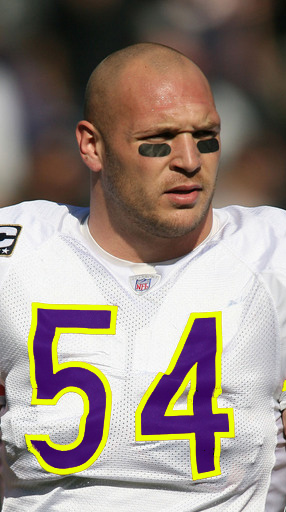 From the "thatwouldbeeffensweetdawg" department rumor has it that Brian Urlacher is being looked at by the Vikings!

Free-agent linebacker Brian Urlacher has been discussing a new contract with the Chicago Bears for weeks, but those talks have been fruitless to date.

Urlacher's camp reportedly has been led to believe there's no "prevailing sense of urgency" on the Bears' side. That being the case, Urlacher's agents have touched base with the NFC North division rival Minnesota Vikings, The Chicago Tribune reported Wednesday.

Set to lose middle linebacker Jasper Brinkley, the Vikings merely are "monitoring" Urlacher's situation at this point. They aren't the only teams keeping tabs on the eight-time Pro Bowl selection. The Dallas Cowboys and Arizona Cardinals also have "some level of interest."

Credit Urlacher's agents for beating the bushes to drum up interest in a player who lost several steps in 2012, but we don't see any team coming close to satisfying his reported goal of a deal in the range of the $5.5 million that Ray Lewis earned last season with the Baltimore Ravens.

Bears general manager Phil Emery insists the contract talks are ongoing even though he hasn't responded to Urlacher's latest proposal. We still expect the future Hall of Famer to return to Chicago once his asking price drops.

Would #54 Look good in Purple? What do you think?