Share All sharing options for: Madden Cover Vote: Peterson In, Randle Out

The vote to see who will grace the cover of the 25th Anniversary edition of the Madden NFL series has moved on to the second round, and one of the two Vikings that started out the tournament has moved on, while the other has been sent packing.

As expected, running back Adrian Peterson moved on to the second round. Peterson had one of the largest margins of victory in the first round, as he absolutely obliterated Oakland Raiders quarterback Carson Palmer. Peterson got 94% of the vote in the match-up. He moves on to the second round of the "new school" bracket, where he faces Philadelphia Eagles' running back LeSean McCoy.

Things did not go as well for Hall of Fame defensive tackle John Randle, who was defeated by former Tennessee Titans running back Eddie George. George walked away with 62% of the vote in the match-up between the two. As I said in the previous article I put up about the cover voting, whoever won that match-up was probably in for a short tournament run, as now George has to face Jerry Rice in Round 2. 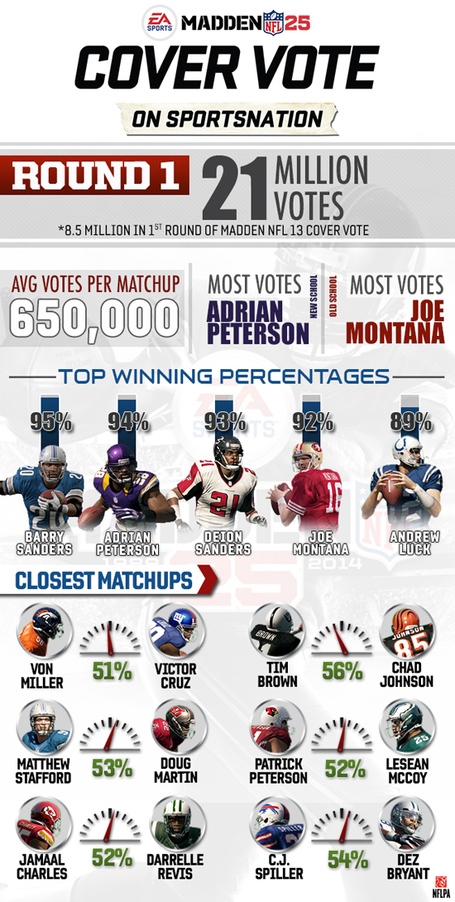