After constructing an elaborate social media campaign designed to keep their new uniforms a secret, the Minnesota Vikings had the reveal for the new uniforms blown not once. . .but twice.

The first time came on Tuesday, when the Jacksonville Jaguars revealed their new uniforms, and had not only their new duds, but those for the Vikings and Miami Dolphins on display as well. But we were told to wait for the "official reveal," which was scheduled for 6:15 PM Central time at the Vikings' draft party.

Well, they wound up getting leaked again at around 5:15 PM Central time, when Nike posted pictures of the uniforms about an hour prior to the official reveal.

Plenty of Vikings' players have been tweeting pictures of their new uniforms. Here's what we saw from safety Harrison Smith: 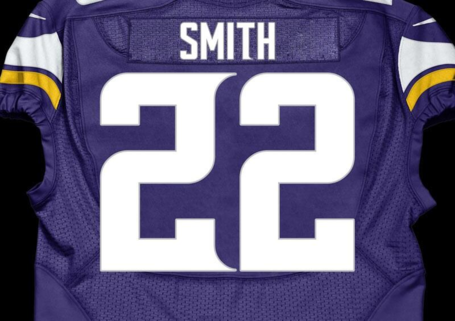 And what we got from center John Sullivan. 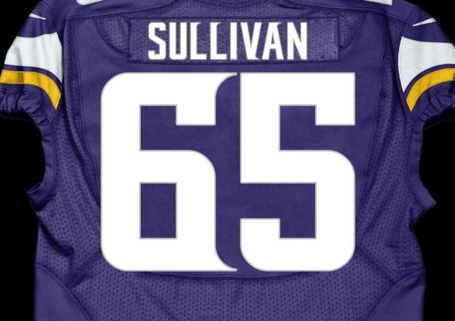 You can see how the "Horn Serif" font only appears on the numbers on the left-hand side, appearing to wrap around the other number. I think that's really kind of a cool effect.

But, after numerous false starts, the Minnesota Vikings officially have new uniforms. Who will be getting new ones this evening? Join us at Draft Central and find out!