With the120th pick in the 2013 NFL Draft, the Minnesota Vikings have selected linebacker Gerald Hodges from Penn State University. 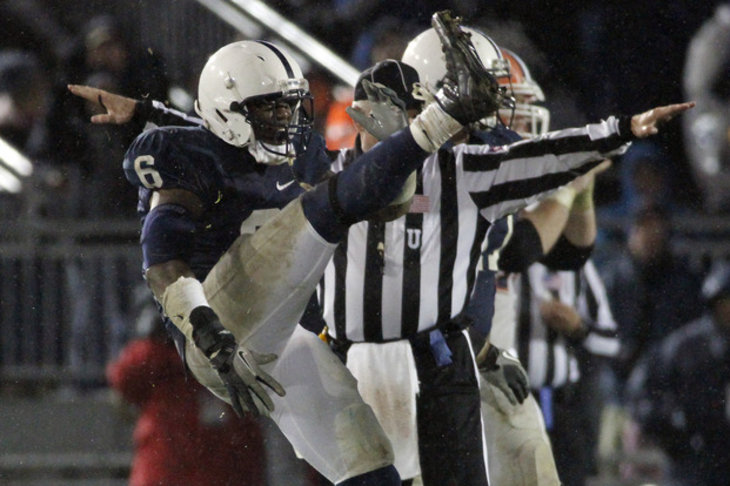 After a 91-pick wait, the Minnesota Vikings have finally gotten to participate in the 2013 NFL Draft again, and they've tabbed the outside linebacker from the school known as Linebacker U, Penn State University.

The folks from Black Shoe Diaries, SB Nation's Penn State site, have a nice look at Hodges that you can read right here.

We knew that the linebacker position was one that the Vikings were going to need to address, but a lot of us thought it might be more of an inside linebacker that the team would pursue. No word on whether Hodges could potentially move to the inside or if they will keep him outside.

The Vikings' next pick is slated for #155 overall, which is a fifth-round selection. Keep it tuned right here, and we'll have more on Gerald Hodges and the rest of the Vikings' picks later on.