Share All sharing options for: Minnesota Vikings News And Links, 5/10

Hooray and huzzah, we've made it to Friday again! Once again, we bring you our Open Thread for the day, with the same rules as the Open Threads have always had. . .no politics, no religion, and no bad language and stuff. Remember, since it's Friday, there's a very good chance that people are looking at this stuff at work rather than. . .you know. . .working or something.

-We (with the help of ESPN's Kevin Seifert) took a look at the agreement struck between the Vikings and TCF Bank Stadium.

-Mark put his mad scientist cap back on and tried to find ways the Minnesota Vikings could make themselves even better before they get to Training Camp.

From some other outposts across the interwebs. . .

-CBS Minnesota takes a look at Cory Svihla, who was invited to the Vikings' rookie camp last weekend.

-Fox Sports North tells us that Sharrif Floyd has "gotten past" his draft day drop. (I hope not. . .I'd kind of like him to stay angry about it.)

-And, just for kicks, here's an article about a line of golf clothing designed by former NFL quarterback Gibran Hamdan. Hamdan's wife, Jenny, is the granddaughter of Vikings' coaching legend Bud Grant. 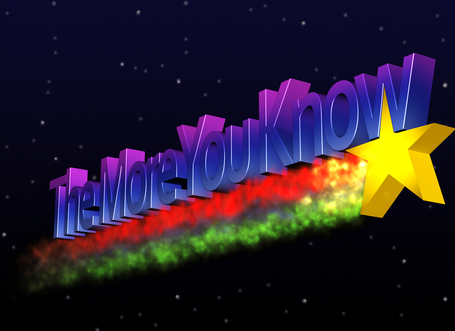 Yeah, that was a long way to go for a "Six Degrees of Kevin Bacon" joke. . .but darn it, we got there! And it's accurate, too.

Your music for today, by request from the lone female member of our writing crew.

With that, the beer light is on and the bar is open for this Friday, ladies and gentlemen. Keep your eyes open for more good stuff from us throughout the day today!