Share All sharing options for: Cordarrelle Patterson At The NFLPA Rookie Premiere

As we mentioned a couple of days ago, Minnesota Vikings rookie wide receiver Cordarrelle Patterson is at the NFLPA Rookie Premiere this weekend. The event is taking place at the Rose Bowl in Los Angeles, with 40 NFL rookies taking part in the festivities. Many of them are getting their pictures taken for trading cards and things of that nature during the event.

We have a couple of pictures of the new #84 at the event that we thought we'd share here with you. The first one appears to be of him posing for a picture for one of the cards I mentioned or something. 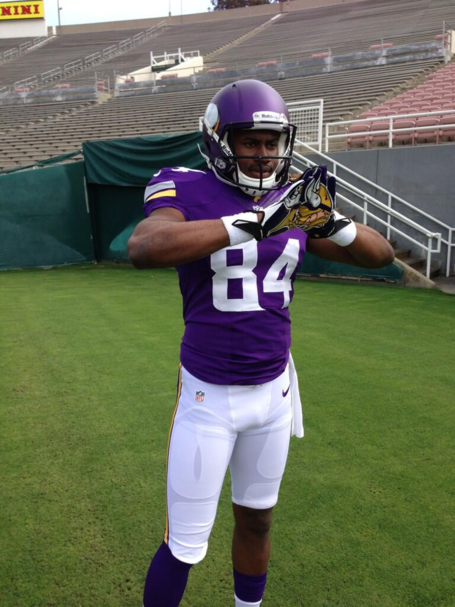 Someone tell me that these new uniforms are anything but awesome. Because you, sir or ma'am, are incorrect. They are outstanding.

Here's another one of Patterson posing for a picture. This one comes from the Twitter account of the folks at Topps. 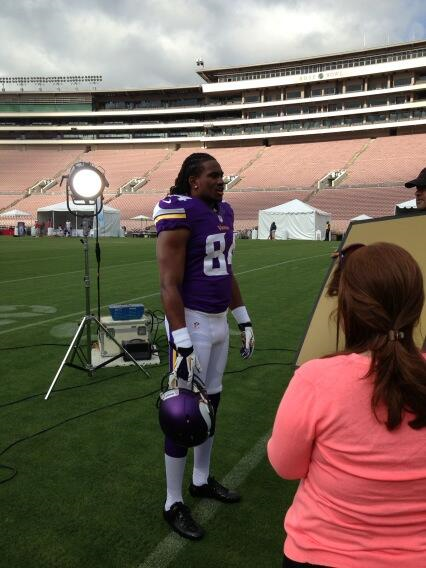 The last one comes from our man on the scene in Los Angeles, Ryan van Bibber. It's Patterson apparently playing catch with someone and sporting a pretty nice pair of shades. 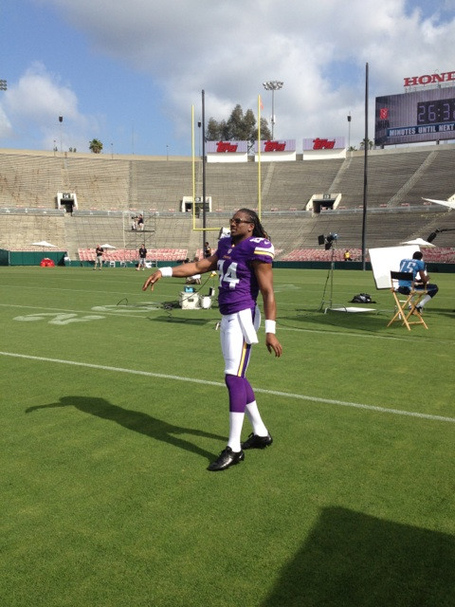 Though I will say that, with the sunglasses and the hair, it does give him a bit of a "Stevie Wonder" look, which may not be a good thing for a wide receiver.

Hopefully we'll have more from Patterson from the Rookie Premiere here in the next day or two.