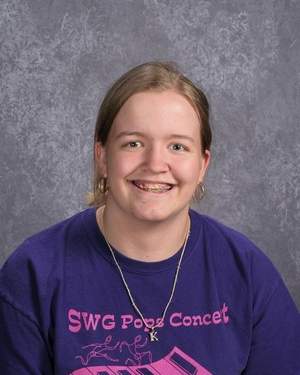 Big thanks to reader Jeff Stanek for bringing this story to my attention. Being way out of the loop, I probably never would have seen it if he hadn't sent it my direction.

A 15-year old girl named Kathlynn Shepard, along with a 12-year old friend, were abducted from their school bus stop in Dayton, Iowa. The younger girl escaped, and the man suspected of abducting them committed suicide, but young Kathlynn remains missing.

Kathlynn's family are apparently huge fans of the Minnesota Vikings, and word of this got to the team at their Organized Team Activities today. The picture above comes from today's workout at Winter Park (courtesy of the FaceBook page of the Dayton Leader), with NFL Most Valuable Player Adrian Peterson and head coach Leslie Frazier showing their support for the efforts to find Kathlynn.

If you have any information that you feel could be helpful in locating Kathlynn Shepard, please contact the Dayton, Iowa Police Department at (515) 547-2624. Hopefully young Kathlynn will be found safe and reunited with her family.