The second half of Norse Code's first (only?) panel show is up! Norse Code is the best podcast for the Minnesota Vikings and the official podcast of the Daily Norseman. We accuse Dusty of being Brett Favre, hit the Number of the Week, preview the Bears game and round up with more wild prognostications.

Here's part two of the first panel episode of the Norse Code podcast. In this episode, we discuss Dusty's Number of the Week, the upcoming Bears game (where I accidentally mistake the rookie linebackers for starters for a brief moment) and some of your wildly irresponsible prognostications (and our own, too!)

This is the picture Dusty was talking about: 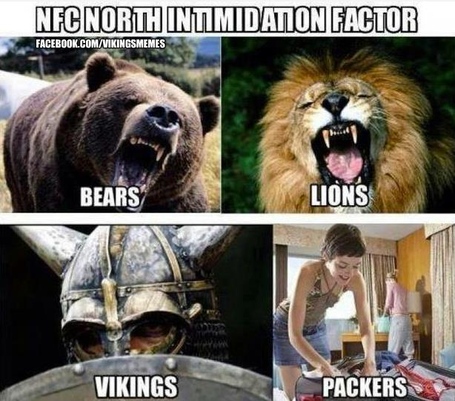