So, where do the Vikings go from here after a heartbreaking 31-30 loss in Chicago?

I really don't know where to begin.  What was a gutty second half performance by Christian Ponder and a resurgent defense crumbled away in the last 10 seconds of the game, thanks to Jay Cutler and Martellus Bennett.

That sucked on a molecular level.

I don't know why this loss bugs me and other Vikings fans so much.  Heck, we've seen enough of them over the years, and this was an early regular season game that in the grand scheme of things really doesn't mean much.  Maybe it's because it was the Bears, maybe it's because it was Jay Freakin' Cutler, maybe it was something else.  But after the end of the game, I got this mental image of all of us Vikings fans everywhere, and I couldn't get it out of my head.  It's meant to be comedy, but sometimes comedy can bring out the painful and horrible, earth shattering truth more than anything.

Much like the Sta Puf Marshmallow man the wreaked havoc on New York in Ghostbusters:

Your SMR of excessive misery follows.

Greg Jennings, WR: Ponder had a good but not great day, but Greg Jennings showed why the Vikings went after him as their top free agent this past off season.  He got open, made some tough catches when he knew he was going to get hit, and kept some key Vikings drives alive.  Simpson had a great game last week and Jennings was kind of a forgotten man, but this week Jennings more than made up for it.

Cordarrelle Patterson, WR/KR: Patterson's electrifying opening kickoff return for a touchdown helped set the tone early, and once they fell behind, it was a big play that kept them in it.  He also had a screen pass catch and run that went for a first down, and he really looks like the real deal.

Jeff Locke, P: Locke boomed his three punts for an average of 56.7 yards, and pinned Chicago inside their 20 twice, and the third one was on the 20.  I don't know that you can do much more than that, and with a defensive philosophy that seems to be 'bend, then break unless we can somehow get a turnover', opposing offenses will at least be winded when they cross the goal line.

Christian Ponder, QB: A funny thing happened to Christian Ponder on the way to the gallows today--he played some decent football.  Now, he started off pretty shaky, and he threw a horrid, HORRID pick six that put the Vikings down 21-14 after they had somehow managed to tie the score at 14, BUT...he ran the offense very well in the second half, made some big time throws, and after his pick six, came back to drive the Vikings down the field for a touchdown right before the half to tie the game again.  And he had a big time, big league 4th and 1 pickup on a run.

Harrison Smith, S: With Antoine Winfield gone, Smith has become the best member of the secondary and the team's best tackler.  He's also the only thing resembling a ballhawk the Vikings have back there, as his pick of Jay Cutler in the fourth quarter was a big time play.  He goaded Cutler into making that throw, and he made a heck of a leaping interception deep in Vikings territory.  I thought it was going to be the dagger...but no.  No it wasn't.

Kyle Rudolph, TE: I don't have any statistics that, you know, PROVE Kyle Rudolph is the most reliable tight end in the red zone, but I do know that there are maybe one or two other tight ends in the NFL that I would take over him if I absolutely, positively, had to have a TD from that position.  Just think of all the acrobatic, one handed, over the defender catches he's made the last couple seasons.  There's a reason we call him Rudolph the Red Zone tight end.

The linebackers.  All the starters. So here's the deal.  Erin Henderson played better this week than last week...but that's not really saying much.  I still have no idea why Marvin Mitchell is starting over Desmond Bishop.  Either Bishop hit on the wife of either Frazier or Mike Singletary, or Mitchell has incriminating pictures of Frazier or Singletary.  Those are the only logical reasons Mitchell is playing over Bishop at this point.  And Chad Greenway...I have no answers.  He's been slow, out of position, and has missed tackles constantly so far.  Collectively, the linebackers have been the biggest reason the Vikings defense has given up yards in chunks in the first two games.  I'm ready to see what Audie Cole and Bishop can do, and if Cole can't do it, play Mike Mauti.  Something's gotta give man, and it can't be the Vikings defense much anymore.

Kickoff return unit: Seriously, I don't care if you kick to Devin Hester, but if you do, how about you cover him and stay in your lane?  Mother of God, that was awful.

Buy:  The turnovers created or made by the defensive line. Letroy Guion, Kevin Williams, Jared Allen, and Brian Robison all either created or made a turnover that stopped a Chicago drive or lead to Vikings points, or both.

Sell:  The relative inactivity of the defensive line the rest of the day. Other than the Allen sack that lead to the Robison fumble return for a score, the Vikings pass rush was practically non-existent again today.  They also got blown off the line again, as Bears RB Matt Forte ran for 90 yards and caught 11 passes for 71 yards.  The linebackers were largely responsible for that latter stat, but still the point remains--the Vikings defense has been terrible the first two weeks.

Buy: The purple road pants. I love them.  I know a lot of people don't, but I think they look cool, especially with the new uniforms.  Please keep wearing them...but I think I can live without them at home.

Sell: The Fox on NFL technical difficulties. In the infancy of television, you had to move your rabbit ear antennae around periodically to get reception on the channel you were watching.  If this was still 1963 or 1973, I could understand reception problems with the atmospheric conditions we saw at Soldier Field today.  Only, it's not 1973, it's 2013.  Fix that shit, son.  I pay a LOT of money to ensure I get every Vikings game uninterrupted every week, and unless Bane takes a city hostage or the goddamn world blows up, this better not happen again.  You had one job, Fox Sports: 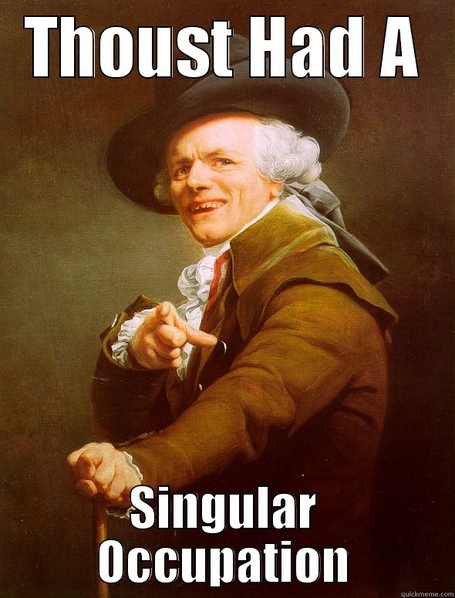 Buy:  Kicking a field goal to go up 30-24. After Ponder's pick six, the Vikings offense played good, ball control football--very manageable down and distance, nice mix of passing the ball and running the ball, and the Vikings had two drives of 13 plays or more.  Both of those drives ended in field goals, and you really need to scored TD's, but I agreed with the field goal at the end of the game.

Sell:  Whatever the hell Bill Musgrave was calling on the goal line on that last drive. Look, the Vikings would've been better off scoring a TD there, so you need to do one of two things: throw three times to try and get in the end zone, or run the ball three times and run down the clock.  If you throw three incompletions, you leave enough time for your offense to go back down the field to get into field goal range.  And with Blair Walsh, those are good odds.  Or you run the ball three times and force Chicago to use all three timeouts, giving them less opportunities to stop the clock and eventually win the game.  The incomplete pass on second down was a free timeout, and it was incomprehensible.

Buy: Going for it on fourth down. Loved the aggressive strategy, and it paid off.  Ponder made a tough run to make a fourth dwon conversion, and Peterson made a grown ass man 4 yard run on fourrth down on the go ahead FG drive.

Sell: Whatever the hell it was AP did on that next play. After that run by Peterson, the Vikings had the ball on the Bears 14...and Peterson took a 13 yard loss on first down.  I get that he was trying to make a play, but that was ridiculous, and any realistic shot the Vikings had at the end zone was gone, barring a miracle. Incredibly boneheaded play there.

Don Glover Quote of the Week:

It was early, early in the game.  It was the pre-game, actually.  Fox cut to Bears DT Stephen Paea doing a Samoan war chant dance during pre-game warmups.  Other members of the Bears were standing around, kind of awkwardly.

Sigh, 0-2.  Let's hope the Vikings can right the ship next week against Cleveland.