Posting a two-parter for today's podcast! In this one, we talk about the Bears, the Browns, the Number of the Week and quite a few other things. We also have a special guest!

I've decided to roll with releasing both parts of the podcast today, in part because I think people want to hear more about the Browns game as quickly as possible. Unfortunately, we invited a guest to come on to our podcast on Tuesday and things changed a little bit.

Regardless, the first part is still pristine. In this one, we review the Chicago game and discuss some notes around the league.

Here are those GIFs:

This is the Ponder sack. Greg Jennings (15) is lined up in the slot to the left.

This is the Gerhart target

This is the Ponder interception

This is the final defensive play.

I've also decided it would help for me to describe the coverage on that play: 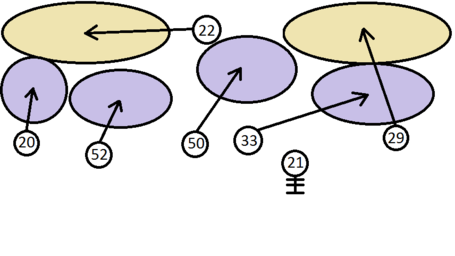 In the play above, Xavier Rhodes rolls to the top in coverage, while Sanford takes the hook/curl zone underneath it. Erin Henderson is responsible in part for an underneath zone, but is also tasked with guarding the seam against slot receivers or tight ends attempting to expose the middle of the field. Chris Cook has underneath coverage as well, but needs to pass Earl Bennett off to Harrison Smith, which he can't do because Harrison Smith isn't in his assigned coverage (deep strong zone), although Smith hesitated because Rhodes didn't have the deep weak zone figured out.

If you want other breakdowns on the play, I have them linked in the Episode Notes, or you can click here for Matt Bowen's breakdown or here for Pro Football Focus' breakdown.

This next episode was recorded before the Browns' blockbuster trade and the decision they made at QB becoming clear, so excuse it a little bit. As it stands, Justin seems prescient.

I really encourage you to click on the Ray Horton defense link, as that will provide a better glimpse than I ever can.