Another Episode of Norse Code is up and running. In this edition, we'll talk about the Pittsburgh Steelers, defensive line production, and quarterbacks.

The second half of the eleventh episode is up for your listening pleasure! In this episode, we talk to the Steelers' SBNation lead editor, Neal Coolong, about the Steelers and what to expect from Ben Roethlisberger, Troy Palomalu and company.

Oh, here's that hit, to refresh your memory:

The age of the Steelers (like any team) has been variable over the course of 2012: 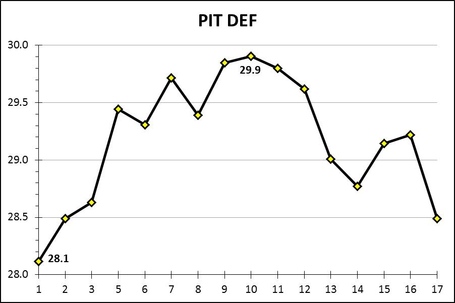 Check out the Steelers SBNation blog, Behind the Steel Curtain.