Catch up on the latest Vikings news here.

Share All sharing options for: Minnesota Vikings News And Links, 4/24

It's Thursday. I'm tired because I stayed up late.  Because Stanley Cup Playoffs.

After all these years, I still hate the Chicago Blackhawks.  And why is no one raising Hell about their offensive Native American name? But I digress.  Since we last brought you an open thread:

The big news of the day? The Vikings schedule was released.

We then analyzed said schedule.

Before all that went down, Mark gave us another mock draft.

Fearless Leader gave us a heads up on the new flex scheduling rules.

From elsewhere on the Information Superhighway:

Here are your 2014 Vikings cheerleaders. You've quit reading, so I can write Haselbottom Sniggledork has his wigwam paint drying on the surface of the sun to get my isosceles triangle tuned up before the Celtic Women concert in Brainerd, and you'll never see it. It's okay, I don't mind.

The NFL owners will get the Vikings 2018 Super Bowl bid on a new iPad donated by Best Buy. Because nothing says 'pick our city' like a little high tech bribery.  Hope the presentation isn't flash drive intensive, but if it was that would be so Minnesota Vikings, AMIRITE?

New Strib beat writer Matt Vensel...who, I'm sure, is a nice guy and all, but doesn't have nearly the name cache as Master Tesfatsion...looked at some Rick Spielman draft trades.

Charley Walters speculates defense or trade down for the Vikings in the draft. Not sure if a little birdy told him that or not.

Ben Goessling lets us know that the Vikings have the 21st toughest schedule in the NFL. Here's your video. 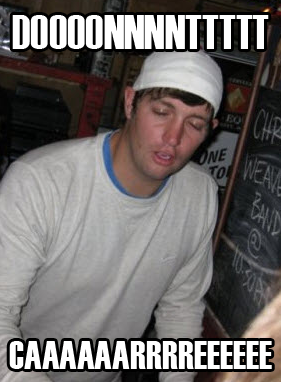 Open thread rules remain the same: no politics, no religion, no swearing or use the spoilers, and don't feed the trolls. Beer light's on, bar is open. It may only be Thursday, but drink like it's Friday, fergodsakes. Makes the day go faster.