New Minnesota Vikings head coach Mike Zimmer is bound and determined to see his team get faster and more athletic on defense. In the first round of the 2014 National Football League Draft, the team has definitely taken a step in that direction. 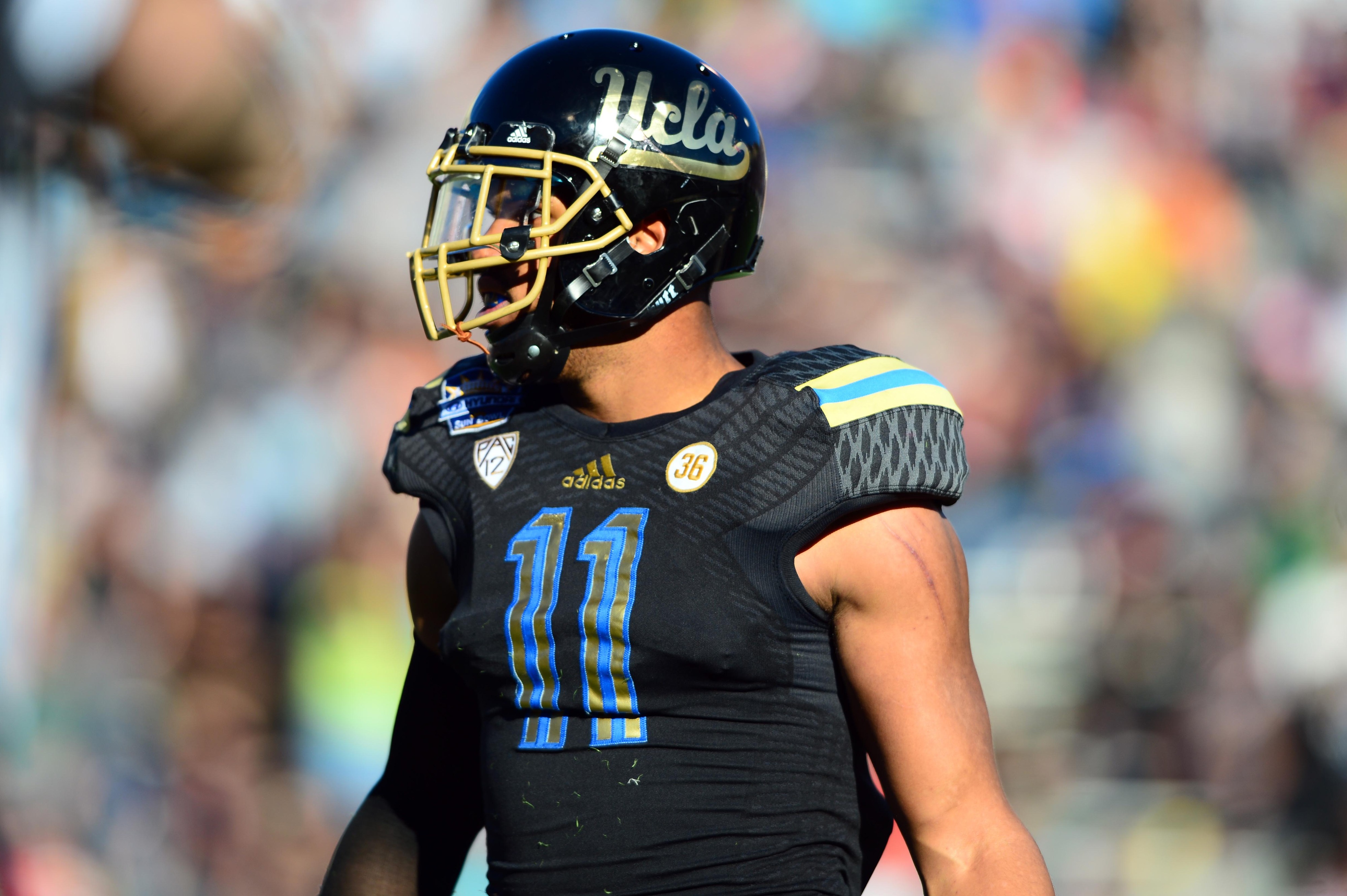 Barr actually came to UCLA as a running back. Prior to the start of the 2012 college football season, new coach Jim Mora, Jr. talked him into switching to the defensive side of the ball. You could say that he adjusted fairly well to the new assignment. . .if you can call racking up 13.5 sacks and 21.5 tackles for loss in his first year at the position "adjusting fairly well."

He was named an All-Pac 12 linebacker after that season, and continued his strong play in 2013, recording 20 more tackles for loss and 10 more sacks en route to being named a 2013 All-American. In two years, Barr went from never having played linebacker before to being one of the nation's best at the position.

With his 4.41 40-yard dash time and very good agility numbers at the combine, scouts have said that Barr could fill the outside linebacker spot in either a 4-3 defense or a 3-4. That's the sort of versatility that Mike Zimmer likes in his defenders, and we should expect to see Barr all over the field as a rookie. He'll likely be able to contribute with his pass-rushing skills right away, and time will tell if he will be able to translate his incredible athletic skills into becoming a more well-rounded defender.