The Vikings draft the most talented quarterback in the NFL Draft

As the Minnesota Vikings 2013 season quickly slipped from promise to despair, a hue and cry went up from a sizeable portion of the fan base: 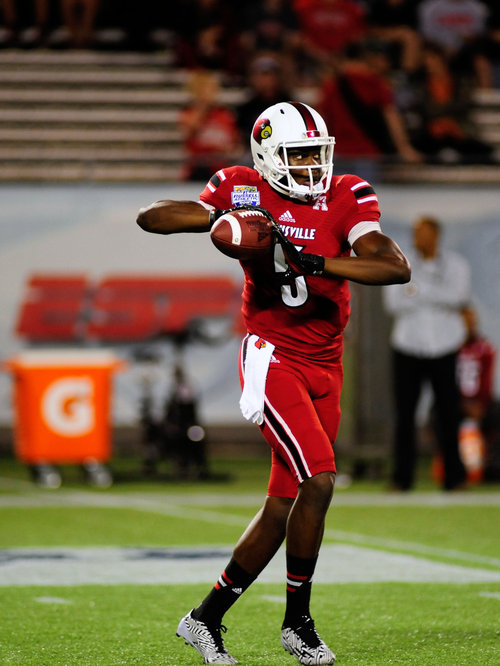 The thought was that in order to secure the top player in the 2014 draft, Louisville QB Teddy Bridgewater, the Vikings would have to lose enough games to secure the number one overall draft pick.  But as the off season progressed, and Teddy Bridgewater's arm became more feeble and his knees became skinnier, his stock began to drop.

And as he started to drop, it was met with a mix of incredulity and skepticism.  I mean, he was the #1 quarterback in the draft for so long, and as we hit draft day, the 'experts' were saying his stock had dropped so much, he wouldn't get drafted until the second round. And that was almost the case.

Despite the slide, the Minnesota Vikings made a bold move by trading back up into the first round with the Super Bowl Champions, the Seattle Seahawks, to take Bridgewater at #32 overall. After all the talk of skinny knees and whatever else, the Vikings managed to snag a player that, back in January, was in the conversation to go at #1 overall.