With the 72nd pick in the 2014 NFL Draft, the Minnesota Vikings have selected defensive end Scott Crichton from Oregon State University. 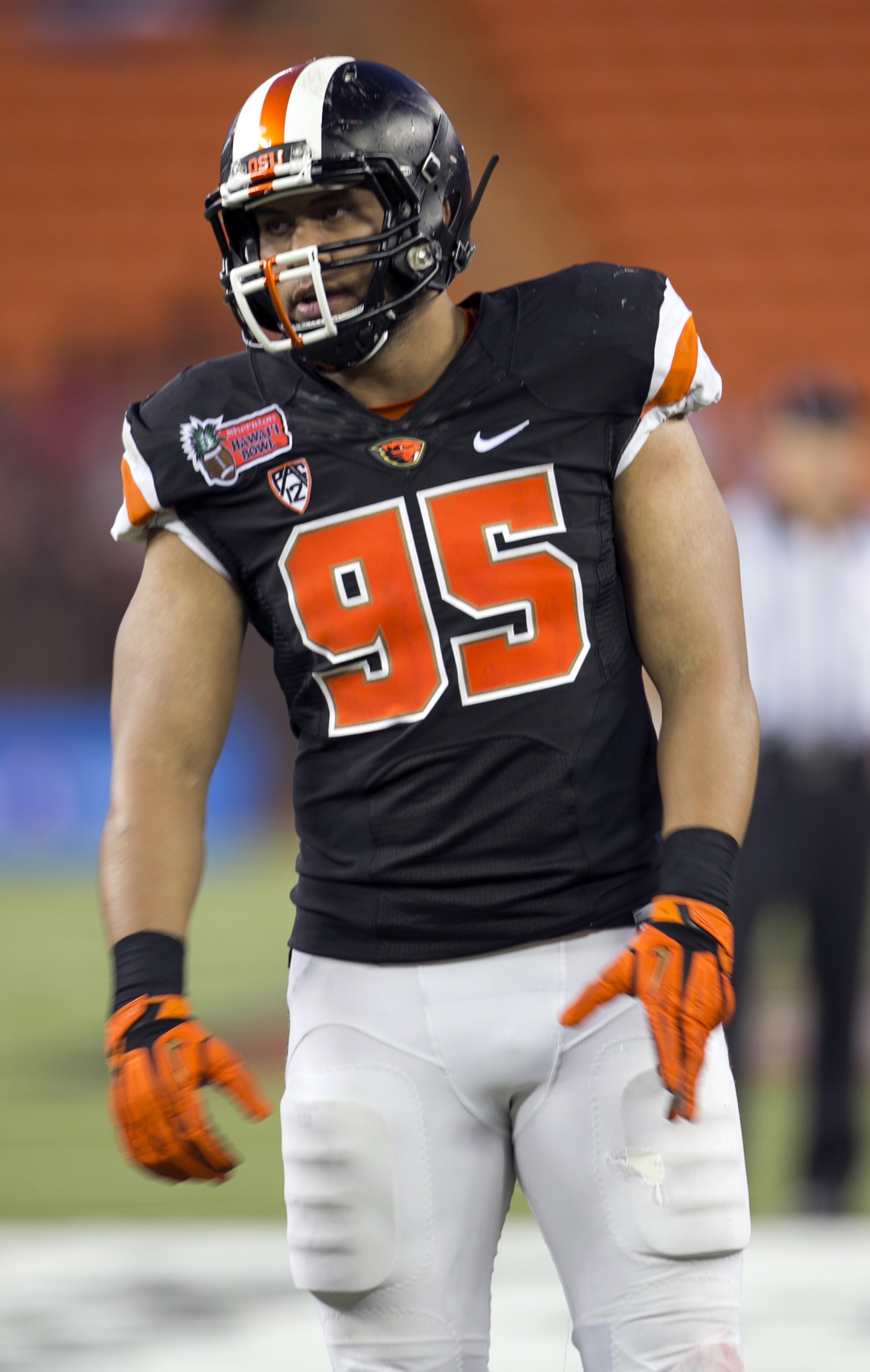 Crichton joins a suddenly crowded rotation at defensive end that includes first-round pick Anthony Barr, Everson Griffen, Brian Robison, and Corey Wootton. If Mike Zimmer is determined to get after opposing quarterbacks, he's going about it the right way.

We will have more about Scott Crichton going forward. The Vikings are scheduled to pick next at #96 overall in the third round with the pick they acquired from the Seattle Seahawks in last year's Percy Harvin trade.