When you're consistently in the shadow of greatness, you don't get a lot of opportunities to prove yourself. Such is the case with running back Toby Gerhart, who went from narrowly missing the Heisman Trophy in 2009 to carrying Adrian Peterson's bags for four seasons with the Minnesota Vikings. Though he has now moved on to the Jacksonville Jaguars. . .get him early in your fantasy drafts, folks. . .he did give us Vikings fans one last big play to remember him by.

It happened in the crazy blizzard game in Baltimore in Week 14, just after a touchdown pass from Joe Flacco to Dennis Pitta and a two-point conversion gave the Ravens a 15-12 lead just before the two-minute warning. Cordarrelle Patterson took the ensuing kickoff to the 32-yard line, and Matt Cassel hit Jerome Simpson for a 27-yard completion to the Baltimore 41. The catch came in the middle of the field, so the clock was running when the Vikings went to the line of scrimmage again. Here's how it went down, with the help of the All-22 game film. 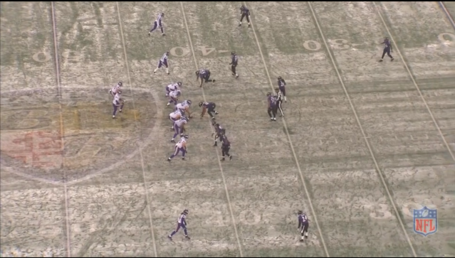 Here you can see the formation, with Cordarrelle Patterson lined up wide right, Greg Jennings and Jerome Simpson lined up to the left, Rhett Ellison in tight on the right-hand side, and Gerhart in the backfield next to Cassel. 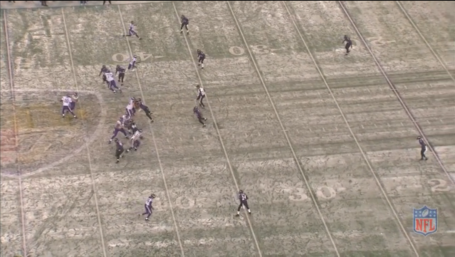 The play begins, and I'm not exactly sure which direction this play was designed to go in, but look at the hole on the left side of the line. With Charlie Johnson and John Sullivan blocking down on the tackle and the defensive end having taken a wide route around Matt Kalil, the only guy that looks like he's in position to stop Gerhart at this point is the official. 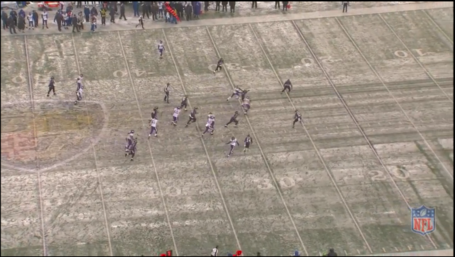 Gerhart is now eleven yards downfield, and hasn't had anyone so much as breathe on him. But now, he's surrounded by four guys in purple jerseys, so surely this is the end of the road for our hero, right? 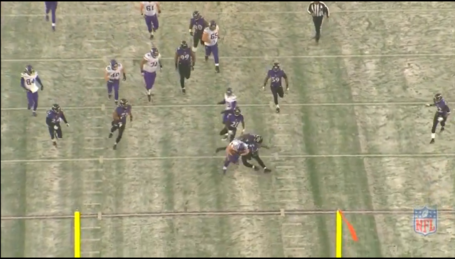 Wrong, because TOBY SMASH! TOBY CRUSH! TOBY ANGRY! Gerhart powers through a couple of arm tackles and continues on his journey to the goal line. 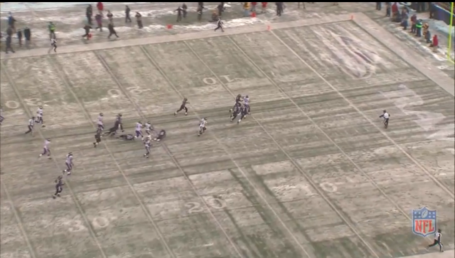 Gerhart gets down inside the ten-yard line, but still has three Ravens in hot pursuit, hoping to keep him from getting into the end zone. 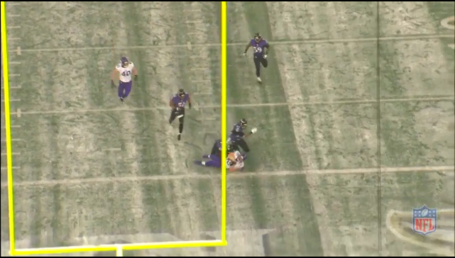 But, to no avail as Gerhart stiff-arms one Raven and drags another into the end zone for a 41-yard touchdown run that would, temporarily, put the Vikings back on top by a score of 19-15.

That would be Toby Gerhart's final carry as a Minnesota Viking. . .but what a way to go out, huh?

I was sad to see Toby Gerhart go, as inevitable as we knew it all was. The guy was way, way too talented to spend his entire career backing up Adrian Peterson, and he's got a big opportunity to be the featured guy in Jacksonville. As I said in the intro, get this guy early in your fantasy football draft, because he's going to put up big numbers this season.