In his six seasons as a member of the Minnesota Vikings, defensive end Jared Allen was one of the most prolific sack artists in the history of the team. His 85.5 career sacks in the purple and gold is the third-highest (official) total in franchise history, trailing only John Randle (114) and Chris Doleman (96.5) in that regard.

In 2013, he notched 11.5 sacks, the second-lowest total he had as a member of the team, but he gave Vikings' fans one of the more memorable ones of his career on a night that. . .well, didn't contain a whole lot of positive memories. Let's go to the Monday Night Football match-up between the Minnesota Vikings and the New York Giants for this one.

We're in the second quarter of play with one minute left on the clock and the Giants holding on to a 10-7 lead. The Giants are looking at 2nd-and-4 from their own 13-yard line. 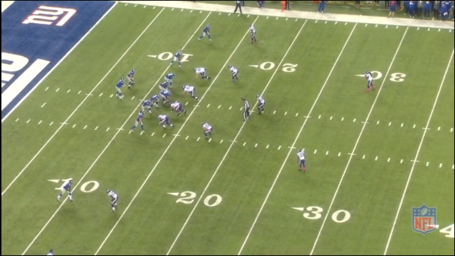 The Vikings are out in their base 4-3 defense, with two corners and two deep safeties. The Giants are working out of the shotgun with three wide receivers, a tight end in a two-point stance on the right side of the line, and one running back to Eli Manning's left. Jared Allen is lined up in his normal right defensive end position. 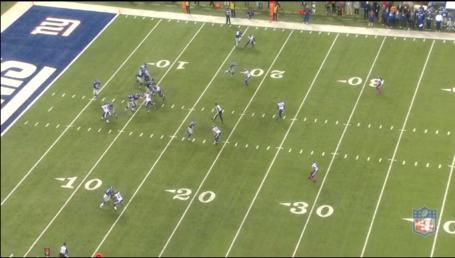 Manning receives the snap, and with the back going out into the pattern, Jared Allen is left one-on-one with Giants' left tackle William Beatty. Allen doesn't see a lot of one-on-one blocking. It's a bold strategy, Cotton. . .let's see how it works out for them. 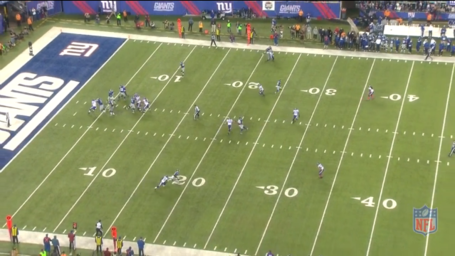 Allen, relying on a whole lot of brute force, has pushed Beatty nearly into Manning's lap, but Beatty is still between Allen and Manning.

This would be, as they say, not a problem. 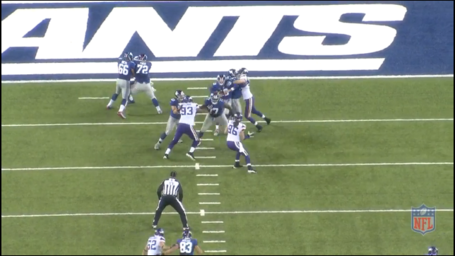 So Allen just reaches his arms around Beatty. . .who's basically just bear-hugging Allen at this point because, seriously, what the hell else is he going to do. . .and grabs on to Eli Manning, preventing him from getting the throw away. 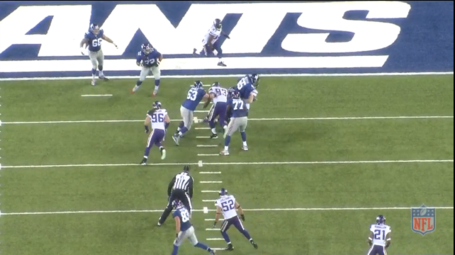 Kevin Williams eventually splits a double-team and gets to Manning to finish things off, thanks to Allen's tenacity. Williams and Allen each got credit for half a sack, according to NFL.com, but I think we know who was mostly responsible for it.

Here's what it looked like from start to finish. . .man, decent quality highlights are hard to find.

And it also gave us this: 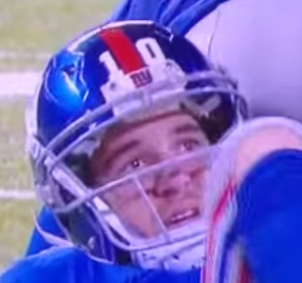 Unfortunately, as I said, that was one of the few highlights on the evening for our favorite football team, as they went on to lose to the Giants by a final of 23-7, thanks in large part to Josh Freeman's inability to hit a bullet with the broad side of a barn.

(Insert that awesome GIF from Gravity here. . .or in the comments section.)

But that was still a heck of an individual effort from Allen. And I wish #69 all the best in 15 of the 17 weeks of the 2014 NFL season. . .just not the two weeks his new team plays the Vikings.