Break It Down: Patterson's 67-Yard Run

Share All sharing options for: Break It Down: Patterson's 67-Yard Run

I was hoping to get to something like this much earlier in the week, but the All-22 film from NFL Gamepass wasn't available until today. Hopefully the delay won't be this long in the future.

There were a few big plays in the Minnesota Vikings' 34-6 victory over the St. Louis Rams in Week 1, but none bigger than the big 67-yard touchdown run from wide receiver Cordarrelle Patterson that put the game on ice. Let's take a look at the play with the help of the All-22 film. 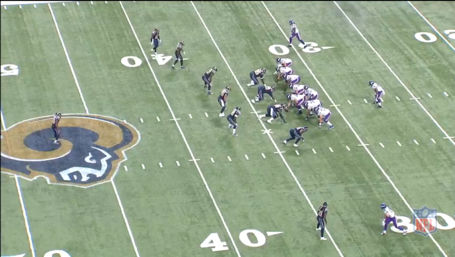 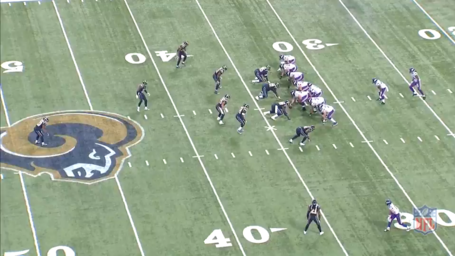 Patterson comes in motion and sets up in the backfield, putting Asiata in more of a fullback position in the formation. Gaines has followed Patterson across the formation and is now back behind the linebackers. 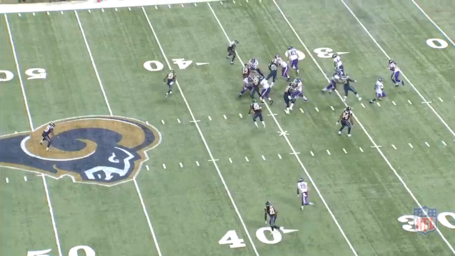 Patterson takes the pitch from Cassel and heads around the right side of the formation, led by Asiata and right guard Brandon Fusco, who pulled from his spot. Ellison has blocked down on the defensive end, while Rudolph has engaged Rams' linebacker Alec Ogletree. 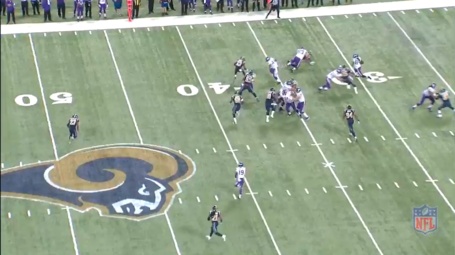 Yeah, it goes pretty much the way you'd expect. Asiata cancels out Gaines and leaves a big enough opening for Patterson to slip through. 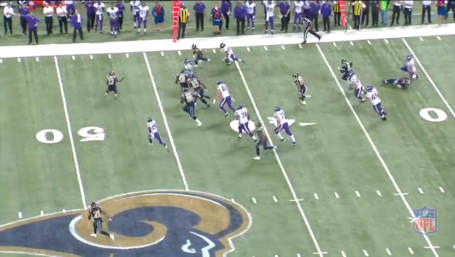 Now, as Patterson approaches midfield, there are four Rams surrounding him. . .Gaines, Ogletree, linebacker Jo-Lonn Dunbar, and safety Maurice Alexander. For a lot of ball carriers, this would pose a significant problem. 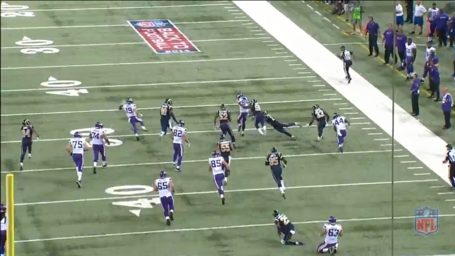 But, well, most ball carriers aren't Cordarrelle Patterson. So, the race is on. 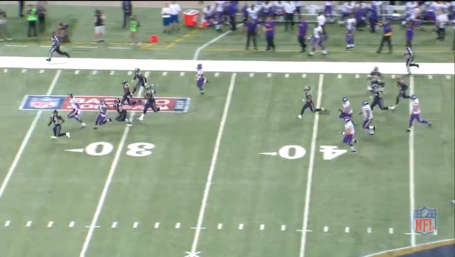 Patterson continues downfield, and at this point it's just him and Thielen against five members of the Rams defense. And, well. . .Thielen just isn't quite sure what to do, to be honest. I mean, he's trying to block, but he can't keep up with Patterson's moves, either. 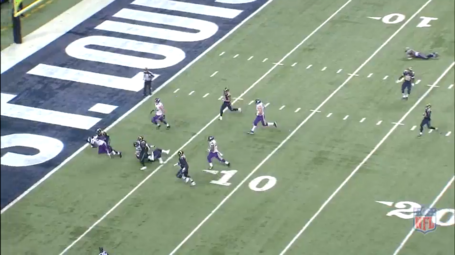 A couple of other Vikings join the fray. . .just in time for Patterson to fall across the goal line for the score and a 27-3 Vikings lead.

Here's the whole thing from start to finish.

And there's your breakdown of Cordarrelle Patterson's long touchdown run. Hopefully it won't take quite as long for the All-22 film to hit next week so we can do this in a slightly more timely manner.