Responses to questions that readers have tweeted to #DNMailbag or posted on the @dailynorseman.

Originally I had the Vikings winning 11 games but now with AP out and a lot of other injuries I've adjusted it down to 7 or 8. Have you had to make any adjustments to your predictions for the season?
by stspieper

I originally had the Vikings slated to go 8-8, with a Wildcard playoff birth as a possibility.  At this point, with AP out and the numerous injuries they've suffered, I'd go 7-9.

"Do authors of Viking sports blog articles have a moral responsibility to defend their views in the comment section?"
Some here seem to think they do, others not so much, what is your take on it?
by anne ominous

No, I do not feel that Vikings sports bloggers have a moral responsibility to defend their views in the comment section.  That being said.... I never back away from defending my position. If you disagree with me, great. But be respectful (as I will be to you) and don't be an asshat.

Can you do a Viking treat one per week of a player on roster? Snap pic and post recipe in pic form along with the backstory about how this became a favorite of theirs.
by VikesFanSince1967

Hmmmm.... this sounds promising.  I'll see what I can do.  Not sure how many players I can get to respond.

Who would win in a fight between Thor and the Falcon?
by CaliforniaGooberAlles

Thor.  And it's not even close.  What kind of question was this, anyway?  Sheesh.

Who was Bridgewater's favorite target during Training camp?
by PurpleJesuZ

I had to check in with @arifhassan for this info. In training camp, it was Adam Thielen.  Going forward, however, I'm guessing it will be Jennings.

We all know Harrison Smith is a threat to score once he steps in the building, but who do you think is going to be the offensive player to end our TD drought?
by nomadiclife

There's very little doubt in my mind that it will be Cordarrelle Patterson @ceeflashpee84 He can literally do it all. Kickoffs, passes, runs... everything.

No, it really wasn't.  I was in the camp that said we should give him some time before starting him. I'm now very glad he's going to be starting. He held his own against the Saints.  Very poised and confident in the pocket.

Sadly, at this point, I have no freaking clue.  Conventional wisdom says they really, really need one.  Like really.  I would not be opposed to trading AP to the Cowboys for DeMarco Murray and a good pick.

The Vikings have two options at TE right now.  Either MarQueis Gray or Rhett Ellison.  I wouldn't pick up either of them.

Dave ‏@wx_dave
When will we see Norv's genius? I'm not a genius, but the 3rd and goal from like the 15 draw play isn't either

Norv should open up the playbook a little this week. He has seen what Teddy can do and I'm very confident that Teddy knows that playbook more than Cassel or Ponder does.

Some Random Guy ‏@KaBarMN 20h
.@DiMurphyMN Is 'Kalil' Lebanese for 'gets pushed around a lot'?

I did consult my Lebanese expert, @Leb13, but his only response was "hilarious".  So I'm going to go out on a limb and say no, that's not what Kalil means in Lebanese.  Although, it really, really should.

Andy ‏@newbiemn
@DiMurphyMN How many of those FFB teams will own @teddyb_h2o by tomorrow? (If they don't already.)

Outside of MN fans, I don't know if that many people will be in a huge rush to pick up Teddy. We'll have to wait and see.

Clarence Swamptown ‏@CSwamptown
@DiMurphyMN when the Vikings go 1-15 will you feel bad about yelling at me?

CCNorseman ‏@CCNorseman
@DiMurphyMN If you had to choose a type of shoe for each member of the roster, what kind of shoe would you pick for Teddy B?

I'm fairly certain that Teddy would be rocking these: 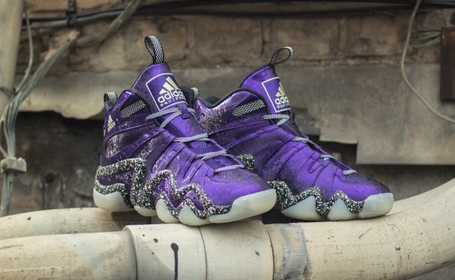 Brian Riley ‏@Briley508
@DiMurphyMN who would be a good waiver wire punter pick up for my 20 team, special teams based ff league?

I wasn't even aware that this existed.  My suggestion would be to get a life. Stat.

Yes, yes, you should, Gardy.  And so should everyone in that front office.  Like, yesterday.  Or preferably, the day before yesterday.

It's well documented that when you buy a jersey the player gets hurt. You're not going to buy a Teddy jersey, right?

I do not currently own a Bridgewater jersey, nor do I have plans to.  I do not buy QB jerseys..... with one exception.  That would be Peyton Manning.

Andy Carlson ‏@PurpleForTheWin
Would Teddy be even better if he wore 4 gloves?

Nope.... Teddy's got enough gloves.  And he seems to be doing just fine.  I do believe we've seen the beginning of the "Teddy Era" in MN.

This wraps up another edition of The Daily Norseman Mailbag.  If you have questions for next week's #DNMailbag, tweet them to @dimurphymn with the hashtag #DNMailbag