While the secondary for the Minnesota Vikings made huge strides in their first season under Mike Zimmer, there is still room for improvement at the cornerback spot across from budding star Xavier Rhodes. With their first selection in the 2015 NFL Draft, the team has decided that they were going to take a step to try to upgrade that spot. 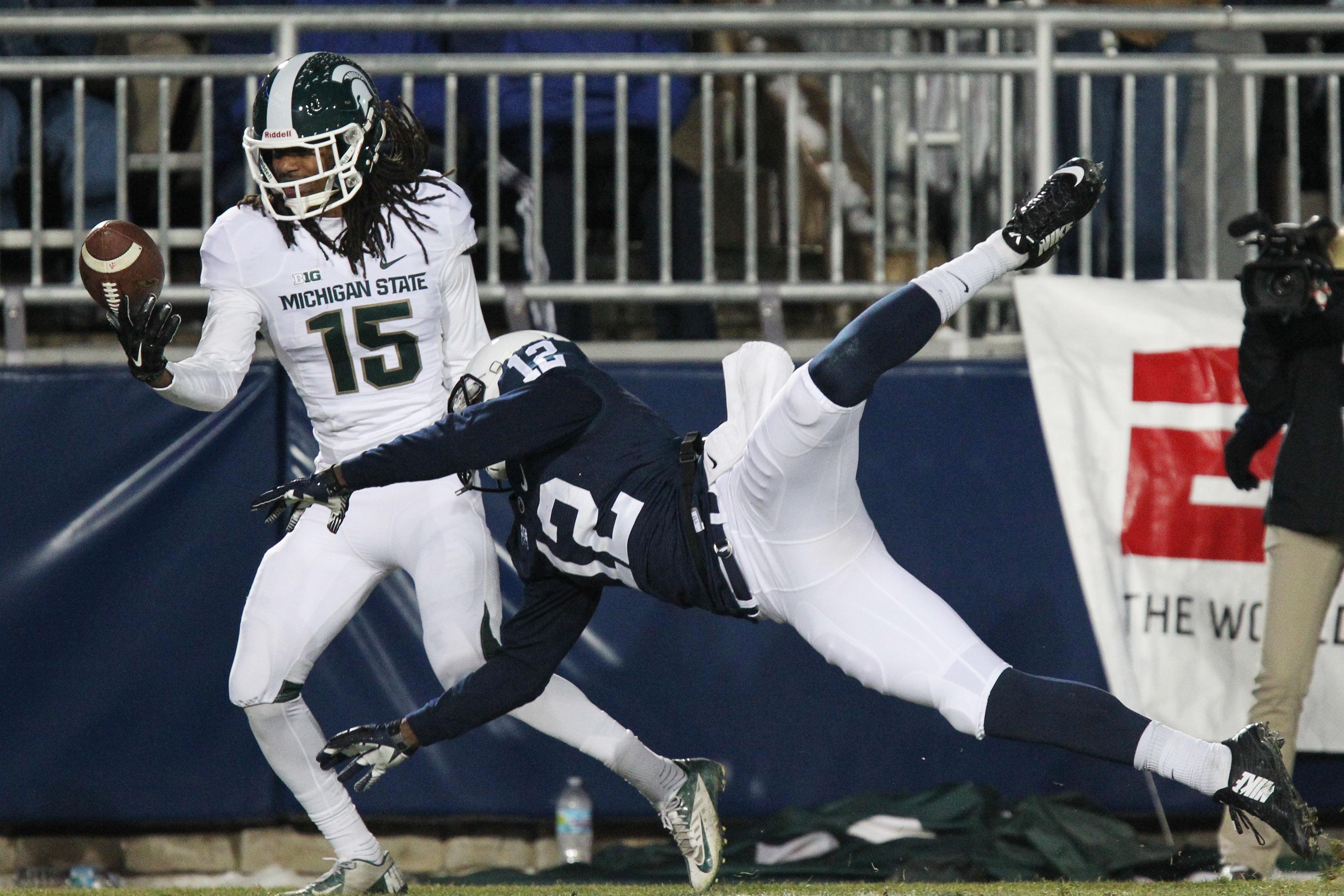 With the eleventh pick in the 2015 National Football League Draft, the Vikings have selected Trae Waynes, the cornerback from Michigan State University. Waynes was the runaway winner among players that were projected to the Vikings in our Mock Draft Database for this year, and with good reason.

In the NFC North, you can never be too deep in the secondary, and the Vikings' selection of Waynes should help the secondary continue to improve. He has good size and a large wingspan that will help him to cover some of the big receivers that the Vikings will see twice a year in divisional matchups.

Waynes could stand to put on some more weight, and I'm sure that some time in an NFL strength and conditioning program will allow him to do just that. He also has times where he tends to get a little grabby when covering opposing receivers, but that's correctable as well.

It would be surprising if Waynes wasn't the starting cornerback across from Xavier Rhodes when the team hits the field in San Francisco for Week 1. This would push Captain Munnerlyn permanently to the slot position that he's best suited for and move Josh Robinson to the team's dime cornerback role.