After trading down twice in the third round, the Minnesota Vikings stayed at the 88th overall selection, and stayed on the defensive side of the ball with their third selection. 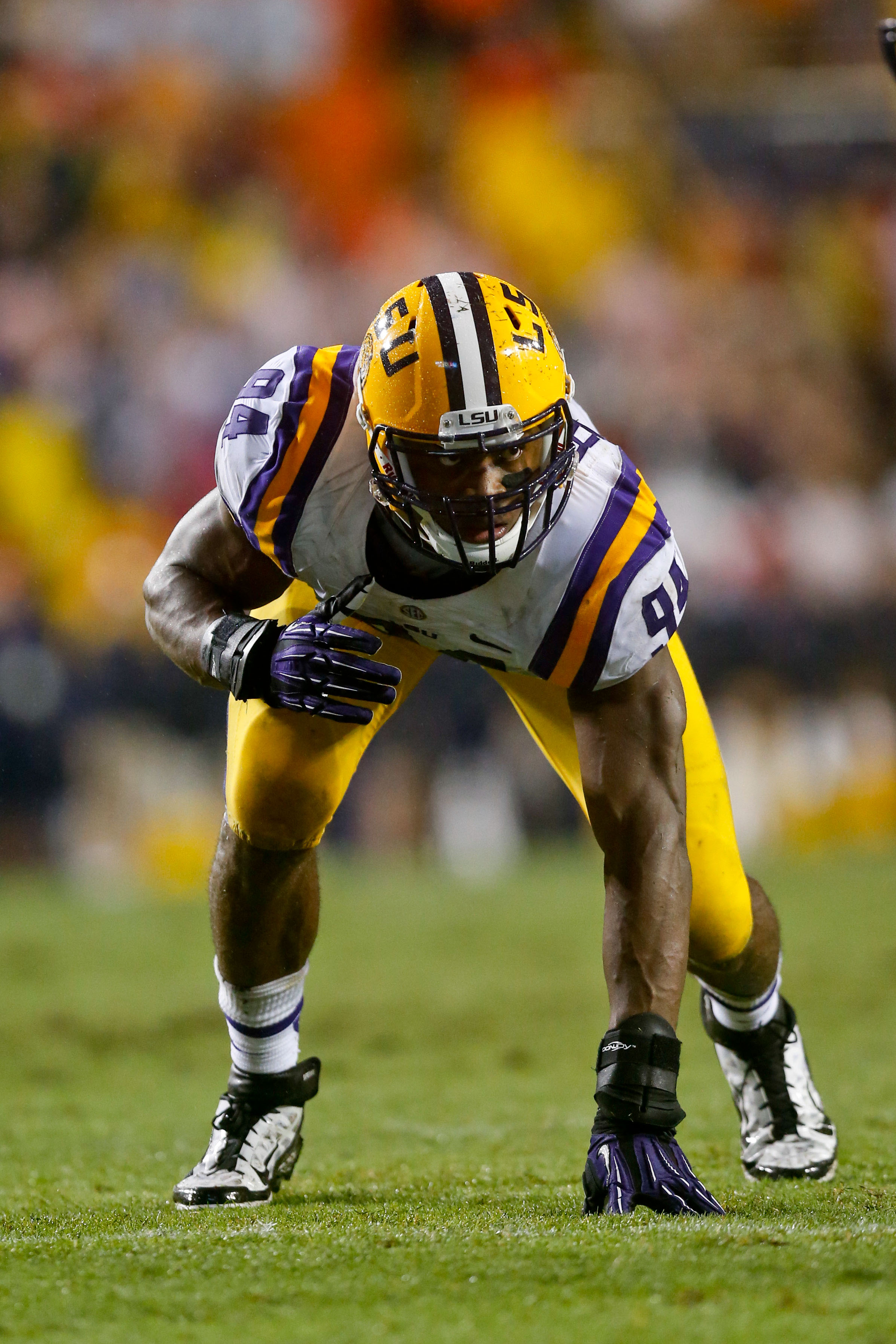 With the 88th pick in the 2015 National Football League Draft, the Vikings have selected Danielle Hunter, a defensive end out of Louisiana State University. (His name is pronounced duh-NEAL.)

Here's a quick scouting report on Hunter from NFL.com.

STRENGTHS Freakish combination of size, athleticism and explosiveness. Has long arms with jarring power behind his hands. When technique is right, he can stack and overpower tackles at point of attack. Fluid and agile in space. Uses length to bat down passes and disrupt the passing lane. Flashes winning spin move in pass rush, but needs to learn to set it up better. Uses arm-over inside move to set up tackles for loss. High-end tackle production for his position. Secondary motor to pursue and speed to chase leads to more tackle opportunities. Lead all SEC defensive linemen in "stuffs" (tackles for no gain or loss of yards) with 17. Active and energetic at all times. Continues to work to improve position vs. run and pass. Off-field character considered "squeaky clean" by NFL scouts. Has speed and agility to become special-teams star early in his career.

WEAKNESSES Relies heavily on his athleticism and motor over skill and instincts. Pass-rush production doesn't match the traits. Played 80 percent of the defensive snaps in 2014, managing just 1.5 sacks. Doesn't have the upfield burst and bend to turn the corner. Considered a "thinker" as a pass rusher rather than a naturally instinctive reactor. Must show he can effectively counter as a pass rusher. Has winning power in hands, but inconsistent with how he uses them against run and pass. Scouts want to see more competitive nastiness from him.

It looks like Mike Zimmer has gotten himself another pass rusher. . .or, at the very least, someone he feels he can turn into a pass rusher.