We've moved on to the sixth round of the 2015 NFL Draft, and Rick Spielman and the Minnesota Vikings 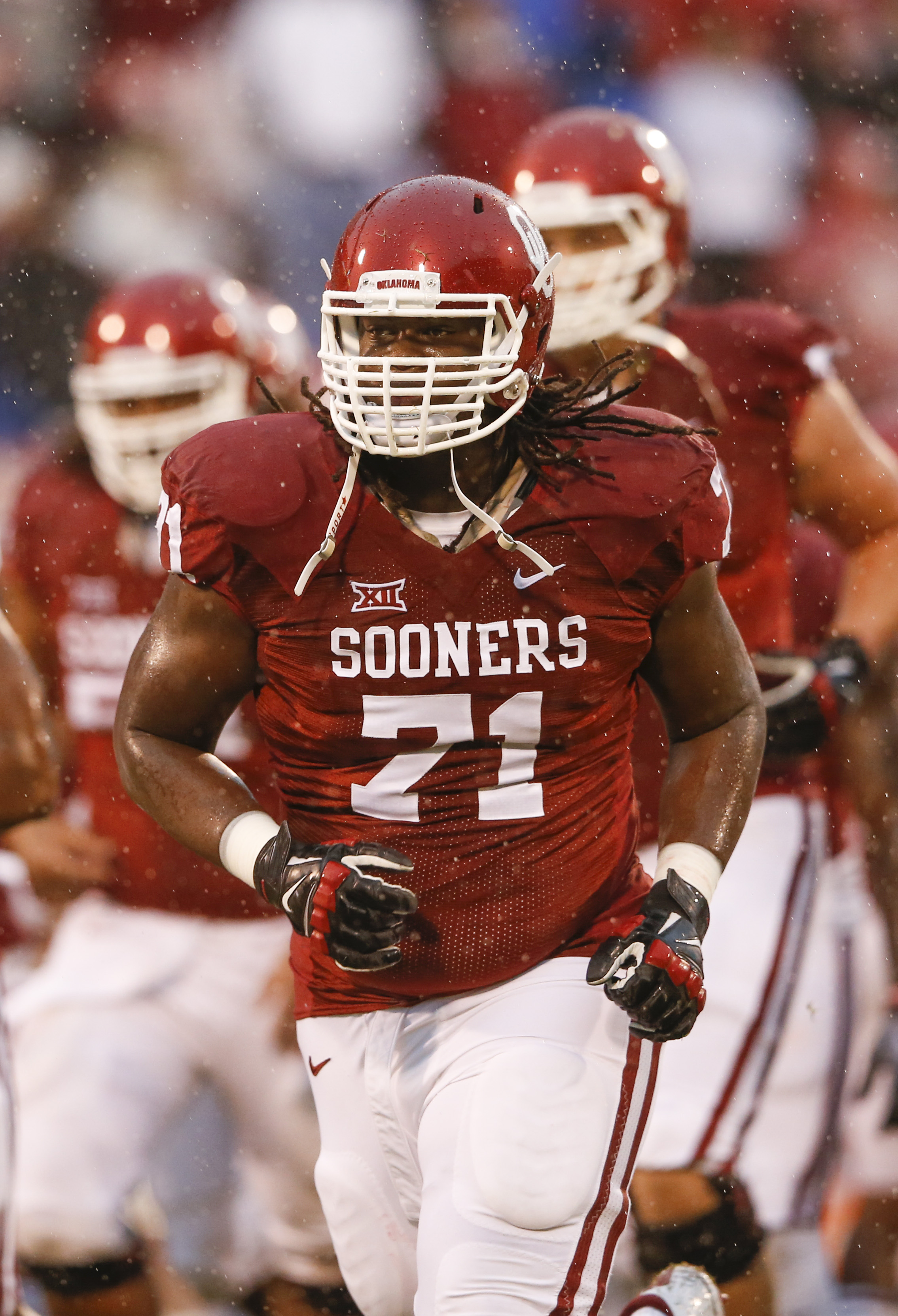 With the 185th pick in the 2015 NFL Draft, the Minnesota Vikings have selected Tyrus Thompson, the offensive tackle from the University of Oklahoma.

Here's what NFL.com says about Thompson.

STRENGTHS Has NFL talent and athleticism. Is able to climb up to the second level and engage assignments. Effective wall-off blocker. Can change direction in pass protection and is able to adjust in space to get to moving targets. Light on his feet for a big guy. Has the feet and length to be a starting left tackle in the league. Has athleticism to recover when beaten in pass protection. Can move laterally and make tough blocks when needed.

WEAKNESSES Reacher-and-grabber in run game. Doesn't consistently bring feet with him to bury defenders. Not a finisher. Plays with poor technique. Inconsistent anchor and plays with poor leverage. His effort level is at bare minimum when asked to block away from the play. Finesse player. Has thin legs. Lacks the nasty his teammate Daryl Williams has. Considered lazy and maddening to scouts, who question how much he loves the game.

Sounds like he could be a decent depth tackle if the Vikings can get him to give his best effort all of the time.