We're into the final round of the 2015 NFL Draft, and the Minnesota Vikings have two selections in that round. The first one, coming at #228 overall, has the team going back to the offensive line well once again. 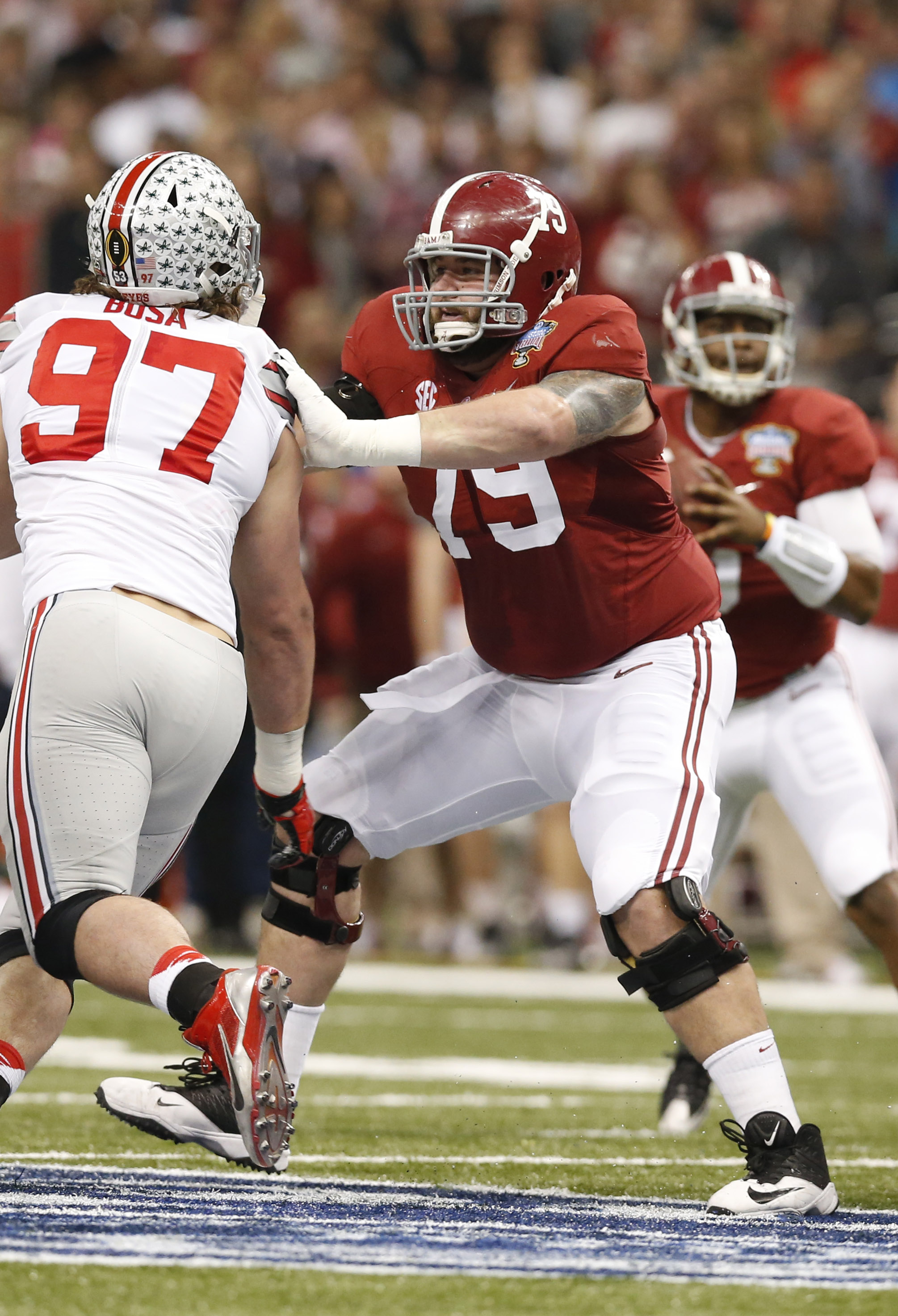 With the 228th pick in the 2015 National Football League Draft, the Vikings have selected Austin Shepherd, an offensive tackle from the University of Alabama.

Here's what NFL.com has to say about him.

WEAKNESSES Base will get a little narrow at times. Must improve on keeping his hands inside the framework of defender. Doesn't generate much push from leg drive and feet tend to slow after contact. Shows some stiffness in lower body. Can become better with his hand placement in running game. Average anchor.

The Vikings appear to be serious about building their offensive line depth, as they're bringing in a bunch of guys to complete for a spot. The Vikings had him announced as a guard, not a tackle, when he was selected. So there's that.