After another trade down in the fifth round of the 2015 NFL Draft, the Minnesota Vikings have selected a small school tight end to go into Norv Turner's offense. 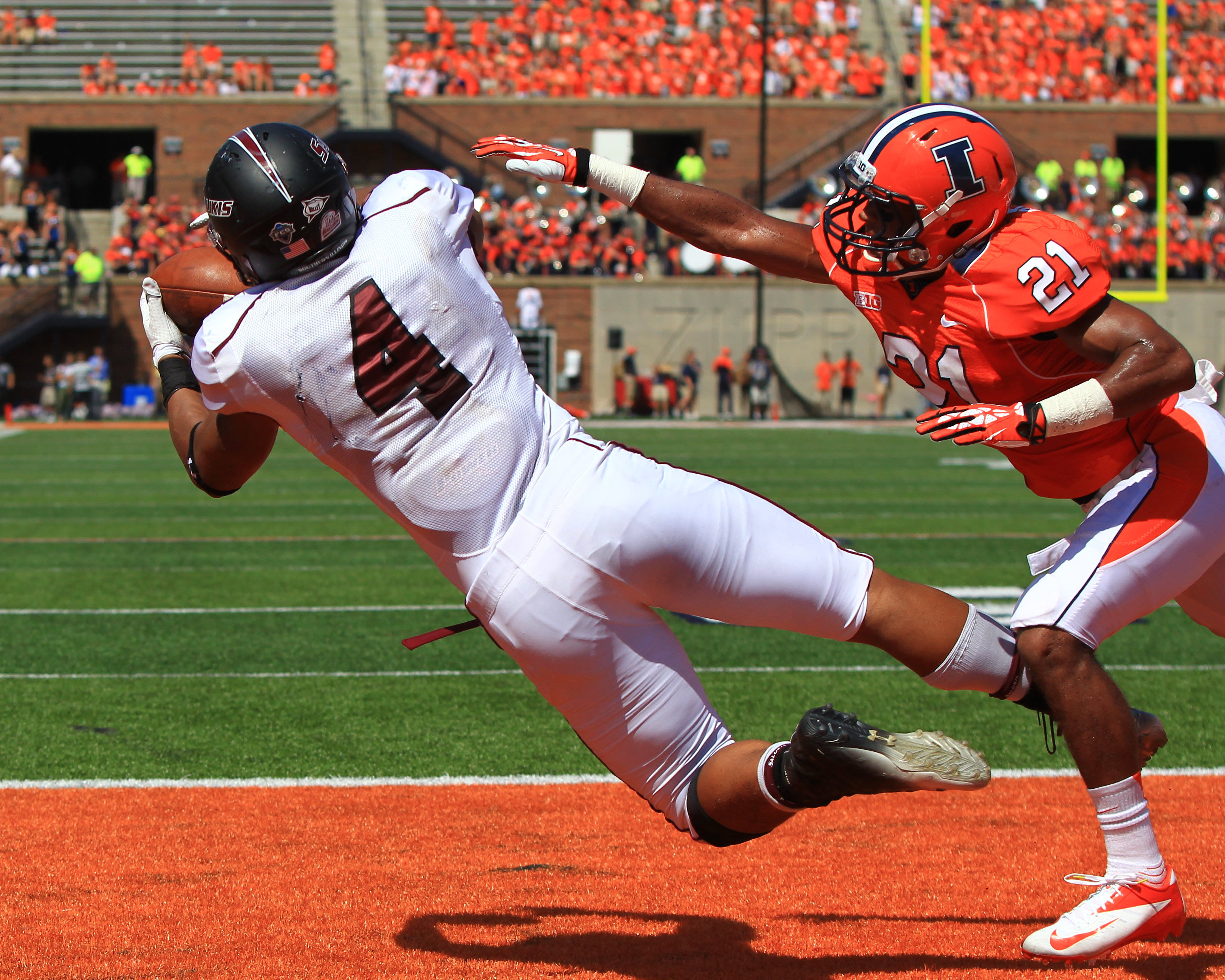 With the 143rd overall pick, the Minnesota Vikings have selected MyCole Pruitt, a tight end from Southern Illinois University.

Here's a quick look at him from NFL.com:

STRENGTHS Hands are a plus. Hands-catcher who adjusts to the ball. Catches while covered and secures in traffic. Plays with above-average football intelligence. Finds openings in zones and exploits them. Highly productive four-year starter. Despite obvious attention from defenses, he still got his. Had 10 catches for 136 yards against Purdue in 2014. Displays the ability to be an in-line blocker with more coaching. Blocks with good base and core strength.

WEAKNESSES Squatty and plays with limited bend. Tight through hips. Fails to sink hips into breaks, running tight routes and struggling to separate because of it. Inconsistent effort as back-side run blocker and pass protector. Play speed is marginal. Doesn't show consistent competitive toughness as a goal-line blocker and gears down in his routes if he doesn't anticipate getting the ball.

Interesting pick. . .we'll have to see how the Vikings are going to use him.