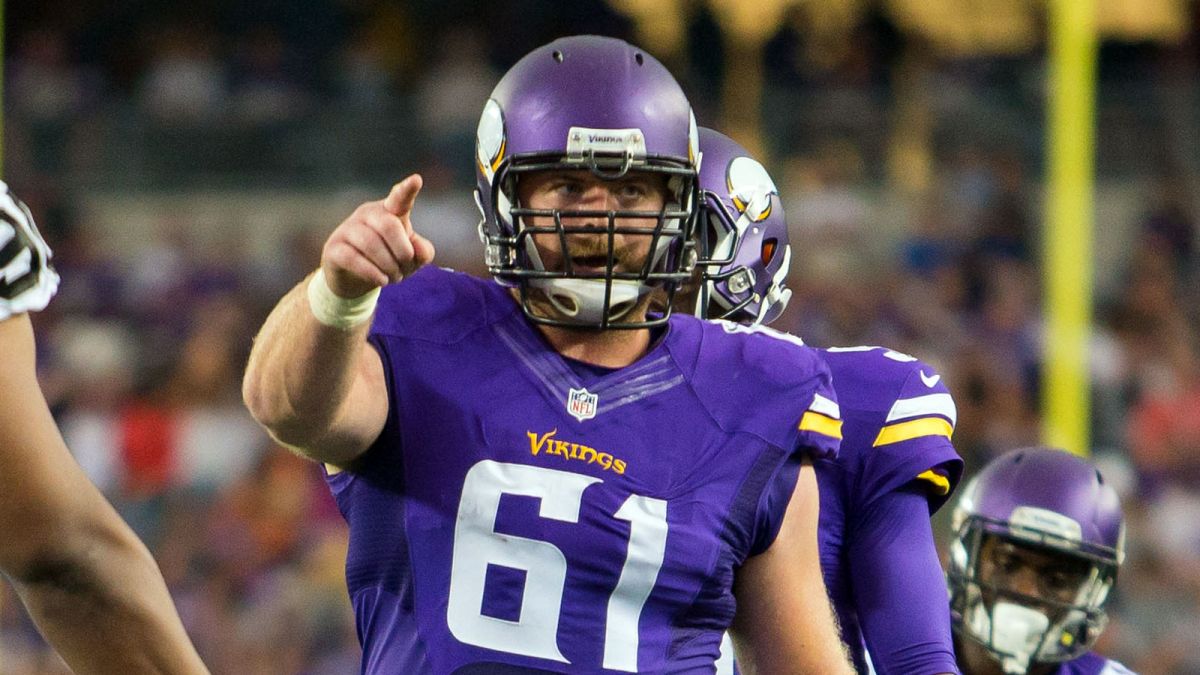 And with that, the Second Annual (DN) Jim Kleinsasser Award for Blue-Collar Player of the Year Award has been bestowed upon Vikings center - Joe Berger!

It’s pretty cool that someone from our rather maligned (and for good reason) O-line, got this award from the Vikings faithful! I’m sure some will interpret this differently than myself, but for me, this was a big chunk of the deal, "…someone who played a workman-like season, that would have been so much worse if their under-appreciated efforts hadn't been there for our squad." With Berger, stepping in to fill Sully’s massive shoes at center, it was a damn good performance! And one, where on the road to winning the NFC North Championship, on even these contentious (DN) boards, there was very little criticism. The O-line, yeah…lots! Joe Berger...quietly played a damn good year!

Joe came over in from Miami in 2011 and it’s not really fair to state he’s a center. (Though he just proved he’s a damn good one!) Simply because he’s played center, left and right guard, almost fluidly for years, filling in for injured starters since he got here five years ago. Best part…nobody bags on the guy, so you kinda’ know he’s doing okay anyways!

Here’s the last bit – not a single nominee got less than 100 votes. You might feel your underappreciated guy got the short-end here, but you’re not alone!

Thanks a ton for rolling along with the ride!