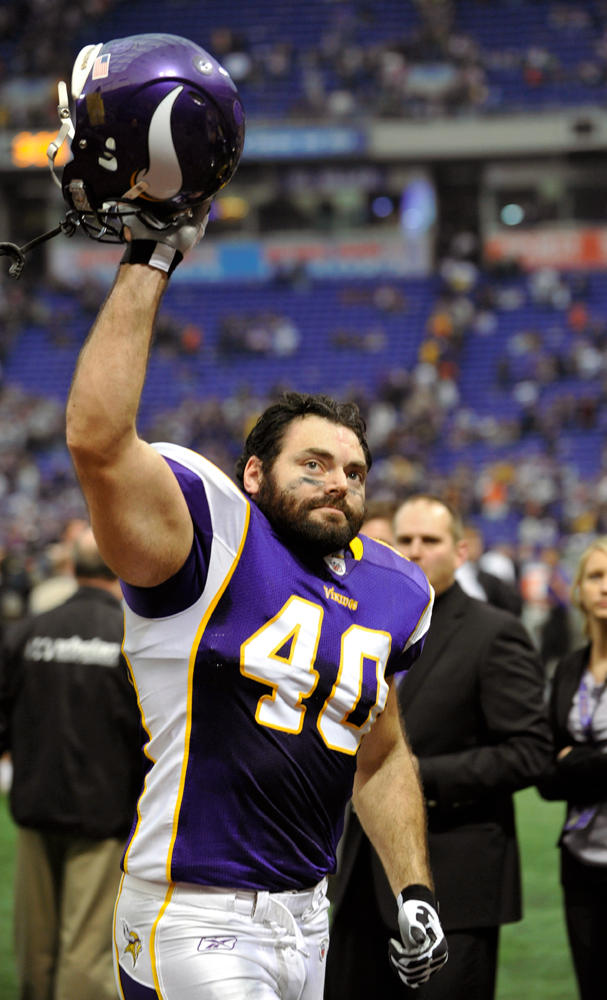 Thanks a ton for your great nominations, and swinging by to vote on a deserving candidate for the Jim Kleinsasser Blue-Collar Award! After an impressive 121 votes, we’ve got a couple of great front runners…and three solid Vikings players hanging around a bit further back, ready to make things interesting! So which one was it? Outta’ these last few guys, who played the workman-like season that would have been so much worse, if their constant and under-appreciated efforts hadn't been out there on the field for our squad? We’ve got five great nominees left, and one last round of voting to see who’s gonna win - and get a small chunk of recognition they deserve!

Oh - poll order is listed in order of most votes received from the previous round. Seemed fair. - URS -

Who should win the 2015 Jim Kleinsasser Blue-Collar Player of the Year Award? (This one will end Friday at 9 pm)