After a flurry of activity at the 2016 NFL Draft, the Minnesota Vikings have drafted a small school tight end for the second year in a row. 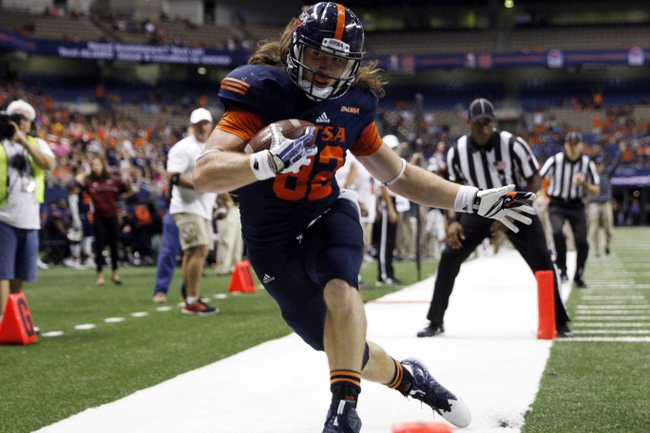 With the 188th overall pick in the 2016 NFL Draft, the Minnesota Vikings have drafted David Morgan, a tight end from the University of Texas-San Antonio.

Since I know very little about this particular player, let me allow the folks from NFL.com to tell you a little bit about him.

Lunch­-pail tight end whose versatility, consistency and production landed him a second-team All-American nod. Morgan's lack of quickness will hurt his ability to get open as a receiver, but his willingness to block and potential to become a move tight end who can handle fullback responsibilities should help his cause on the third day of the draft.

Sounds like a relatively solid pick to me. He'll be competing for responsibilities as a blocking tight end with the Vikings.

We'll get you updated on all of the activity that led to the Vikings making this pick after dropping down two spots.