With the first of their two seventh-round picks in the 2016 NFL Draft, the Minnesota Vikings have once again turned their attention to the defensive line. 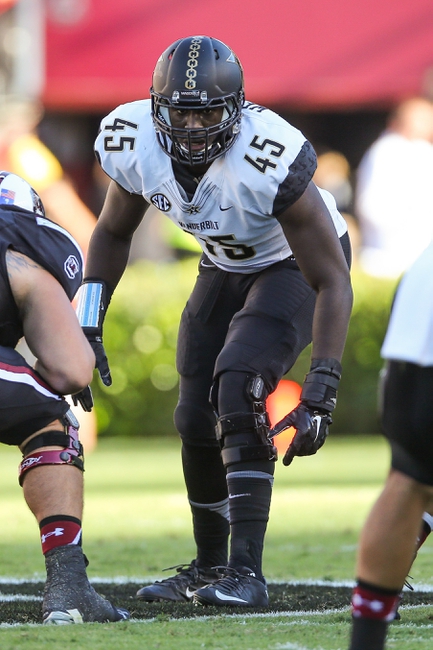 With the 227th overall pick in the 2016 NFL Draft, the Minnesota Vikings have selected Stephen Weatherly, an outside linebacker/defensive end hybrid from Vanderbilt University.

Weatherly decided to make his entry to the National Football League early after finishing his degree at Vanderbilt. He showed some very good athleticism at the NFL Scouting Combine, putting up a 4.51 second 40-yard dash, among other pretty good numbers.

Here is his scouting report from the folks at NFL.com:

Weatherly has the size and overall length to intrigue NFL teams as a developmental prospect, but he will need additional work to become a more competitive pass rusher off the edge. If he can add functional strength while maintaining his closing burst, he may have a role as a backup strong­side OLB in a 3­-4 with a shot at competing as an eventual starter.

The Vikings have one selection remaining in this year's draft, and it will come at #244 overall.