With their final pick of the 2016 NFL Draft, the Minnesota Vikings have taken a flier on a raw but talented athlete at the safety position. 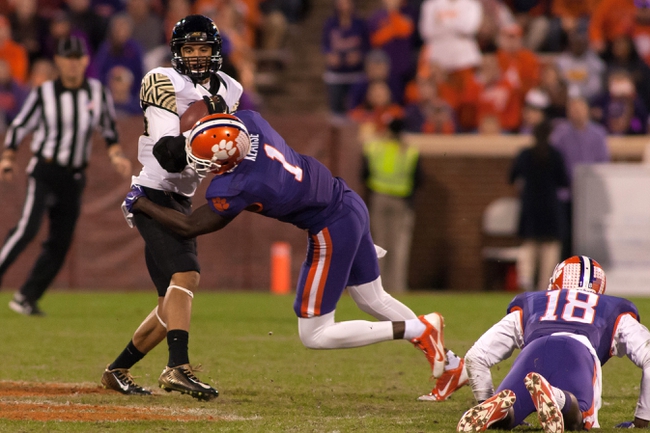 With the 244th overall pick in the 2016 NFL Draft, the Minnesota Vikings have selected Jayron Kearse, a safety out of Clemson University. He joins his running mate on the Tigers' defense, cornerback Mackensie Alexander, who was taken by the Vikings in the second round of this year's draft.

The nephew of former NFL defensive end Javon Kearse and cousin of former NFL cornerback Philip Buchanon, he's a very tall and rangy safety at 6'4". He projects to be more of a "center field" type of safety who can stay deep in coverage. His production in college didn't always match up with his athletic ability, but he has the ability to be a contributor on special teams immediately. To be a major contributor at safety, however, it's likely going to take some time and some serious coaching up.

That wraps up the 2016 NFL Draft for the Minnesota Vikings, ladies and gentlemen. We'll be back with our post-draft/UDFA Open Thread here in a little bit.