Edit: This post was done well after the Dan Bailey re-sign, so obviously you see I don't really care that much.

Each Post and/or Comment containing the words Mock and Draft I treat as something contagious. Despite being vaccinated against it (I'm Europeean, and we don't do shit like this) you don't need to plunge in a pool of germs deliberately.

And I really don't think anyone actually cares about these mock drafts, except the ones who makes them. But in order to maintain a picture of importance, everyone involved in this rummy guessing game of speculations in an eccentric speculation of likes/dislikes, these fellows involved expects similar reactions back. All of which I seem funny, but mostly pretty weird, in today's hunt for everyone else's appreciations... instead of doing something that actually makes you feel good about yourself.

Anyway, now it is time for Tor 66's first and only 4 round Mock Draft. I'm mighty proud of it and obviously expect a massive response (preferably positive, or I don't really know what to do about my life).

Is everyone here? Good! Let's kick off round 1;

Now that I already painted myself into a corner, for round 2;

Might hear some uproar all the way across the Atlantic, so in a defensive attempt to tackle round 3:

And as an end, I'm also going to squeeze in round 4:

This was only 4 rounds, as round 5-7 is even more boring. This both in a draft perspective and for what I would come up with type of junk. I could have played it safety or gone totally bonkers wide out, but I save you from that non-competent assumptions. Let's keep it somewhat professional.

Hope you enjoyed it. But don't take it all too seriously. Sometimes I'm not always that honest version of myself. 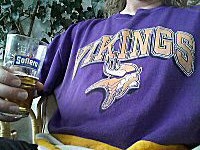