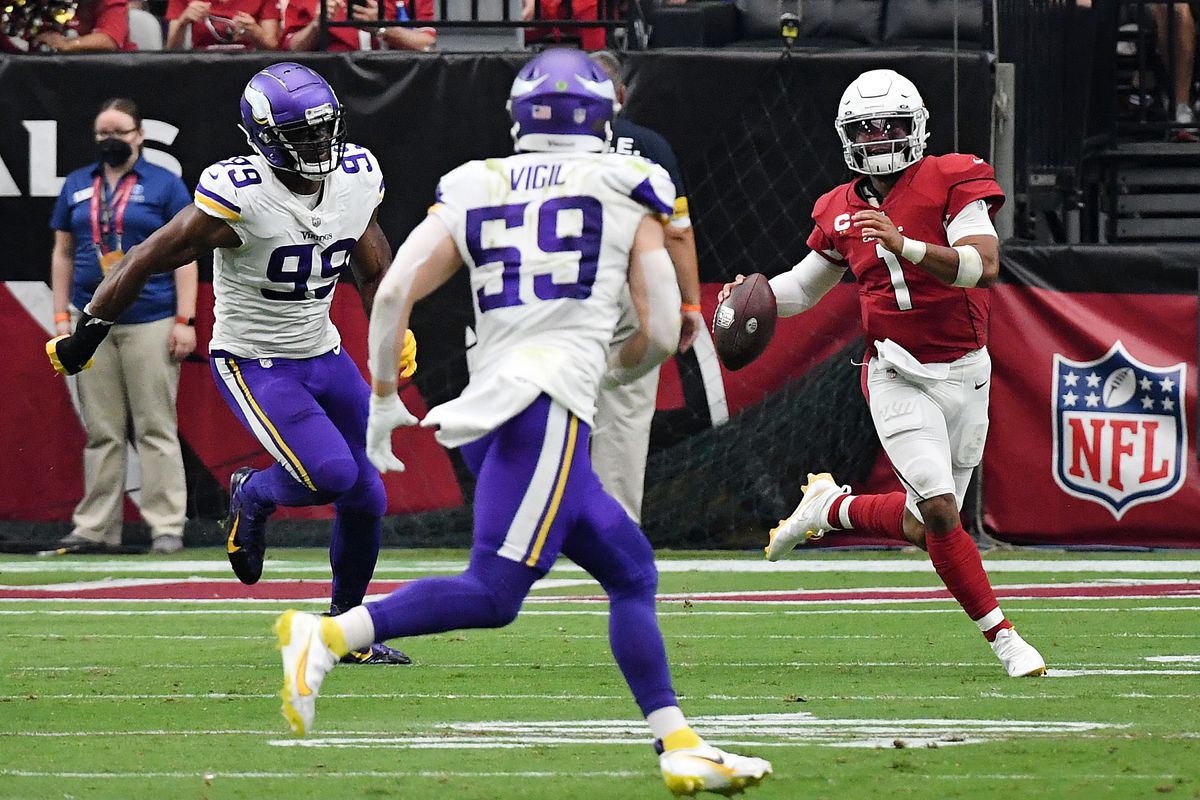 On September 1st, I made a full season prediction for every team in the NFL. After the 1st week, I went 8-8 on my predictions, and got the Vikings losing to the Bengals correct.

Unfortunately, I was correct once more.

My main reason as to why they would lost Week 1 and 2 stem from either poor performance in the preseason, or simply them not playing at all (as well as getting injured). Week 1 became their first real Live-Fire game as a unit, and I expected it to show on the field, and it did. I said back after the draft, when the presumed O-Line had our 2 rookies plugged in, that them and the defense would be weak for the first couple of weeks but would get stronger over time. So, I was expecting a poor showing Week 1, and I was expecting it to be a bit better in Week 2. I was half right.

The Offensive Line in this game was probably the best it's looked in years, which isn't a very high bar, but still. Dalvin Cook was able to gash the defense for most of the game until he got concussed, and now is reported that he has an ankle sprain, so he most likely won't be at full strength come the SeaHawks game. Kirk Cousins actually had the time to think and move and breathe and this was probably his best game he's had since he came to Minnesota, and it's the second time in two games where he did what he was paid for: He drove the team down the field at the end of regulation to give the team a chance to win. Now, anyone can look at the record and see that we haven't won, but, for once (or twice), I don't think Cousins shares the blame. Is there faults in his game? Yes, but this one, and last one wasn't on him.

It is on Mike Zimmer, however. The defense has looked flat out bad in the last two games. Nick Vigil and Danielle Hunter were two of the brightest stars in this game. Breshaud Breeland doesn't deserve to be a starter, and Cam Dantzler should be the starter come Week 3. Patrick Peterson made 1 mental mistake and cost us 7 points. Eric Kendricks did Eric Kendrick things. Yet, we spent so much money on bringing in guys to shore up the defense, when what we really needed was a great Guard (although Oli Udoh is surpassing my expectations), and what do we do with all of these guys who we gave so much money to? We give up 27 to the Cincinnati Bengals, and 34 to the Arizona Cardinals. Poor time management decisions also made things worse. I mean, we had 40 seconds at the end of the game. We can rail against the kicker (who I'll get to in a bit) all we want, but we had the time and means to get some more yards to make the kick easier on him. We can say that a 37 yard-er is an easy kick, but the Vikings could've got another 5-10 yards on a play or two. Wasting that 40 seconds with the mindset of 'We've got this in the bag' is exactly what I find to be wrong with Mike Zimmer. He's too conservative with the ball. There just seems to be no urgency with his teams.

You know what we could've done earlier to not have it the game entirely rely on the kicker? Go for two. Ya make it, all of a sudden that missed kick isn't the end of the game, but the start of overtime. I don't believe all of the blame should be laid at the feet of Greg Joseph. He made two 52-yd FG's, each one to put us ahead, and the Defense couldn't stop them. If you turn the game into a kicking soiree, you are setting yourself up for something like what happened to happen, especially when they have Matt Prater. That man can kick for days, and we can't, so why we decided that that's what we wanted to do, I don't know.

Another thing that boggled my mind was the squib kick. They got handed the ball at their own 34. With Prater, they only had to go 21 yards to have a good shot at a field goal. You kick it off normally, and they have to go 30 yards in 16 seconds. They might've just kneeled it instead of getting 3 points, and that completely changes the game. Zimmer made poor decisions all game, and in my opinion, the blame lies at his feet, and no one else's.

Anyways, I had the Cardinals winning this game and it was about as close as I thought it was going to be. But these growing pains with the defense trying to develop chemistry and the rookie OC trying to learn how to call plays, are going to cost us the season before we even get to the bye. If this team goes 1-5 into the bye, there's virtually no chance to get to the playoffs. I don't think the winner of this division will go 7-10. I think the Bears are, at least, an 8-9 win team, and the Packers are in that area too. The Vikings are going to need to win, in my mind, at least 10 games to win the division, and if they go 1-5 into the bye (or God forbid 0-6), the Vikings will have to go 9-2 down the stretch. I have no faith in this team to do that.

I did quite a bit better this week in my predictions. Out of the 16 games this week, I predicted 10-11 games correctly. In last weeks post, I made some alternative guesses, which were:

I was expecting the Jaguars to come out and play a bit better than they did in Week 1. Actually, quite a lot better than the did in Week 1. The Broncos, on the other hand, out performed my expectations, so I figured with one team out performing and the other under, I changed my mind and that that the over performing team would win instead of what I had. Lo and behold, I was right on the money with my secondary prediction (which unfortunately won't count for the final season tally). Teddy Bridgewater looked great in subpar conditions, and the Jaguars still look rather bad.

As I said last week, not too terribly high on the Raiders, but they came out and beat the Ravens on Monday Night, so I figured they were a bit better than I thought they'd be. The Steelers were in the same boat, but the Raiders out did my expectations far more than the Steelers, and when they came face to face, the Raiders beat them handily.

There was a few moments were it seemed like the Lions could pull away, but not only did they not do that, the Packers were able to do to an untimely fumble.

I've thought about how I'd count these game, and decided that they'll be put to the side, and will look like:

I think it's important to illustrate the change in thoughts as time goes on, but it's always important to know where you started.

This, to me, was a sneak peek into next week's affair. I believe that the Titans and Vikings are cut from the same offensive cloth. I think Dalvin Cook is a more agile version of Derick Henry, and I see Ryan Tannehill as a more agile version of Kirk Cousins. On the defensive side of the ball, the Titans have a better Defense, in my opinon. And they still gave up 30 points to the Pacific Birds. Of course, when the Cardinals bludgeoned the Titans, I thought that we would meet the same fate, but after some thinking, thought they had the same problems we did in the first week, and we almost had the same ending: a FG to win it all. I think the Seahawks are a better team than the Cardinals, and I think we'll have our hands full in trying to survive next week.

The Bears were desperately trying to lose that game towards the end, but they held on to win it. The Bengals only had 3 points for most of the day, yet played hard and almost came back, but to no avail. The Bears aren't a sub 6-win team, just like I don't think the Vikings are. But when it comes to a head-to-head match-up, I'm unsure which team will come out ahead. Although, if 'Wins against the Bengals' is a metric to go by, the Chicago Bears will have an upper-hand.

This was a close competitive game up until Jared Goff's fumble, which was recovered by the Packers, who scored a TD, effectively creating an insurmountable lead. The Lions, up until that point, looked good, and the Packers looked like how I expected them to last week, but it's easy to look good when you are facing a team that's a few tiers below you.