The Goal is Superbowl and the question is "How do we get there from here?" So First, let’s look at last year’s results.

The 2021 Vikings had the 12th most Adjusted Games Lost to injury, but I would argue that Hunter is one of the best players on our team & losing him hurts more, especially when you also include games lost by Barr, Pierce, Pat-Pete, Kendricks, Hitman etc etc…And vs. the 5th Toughest Strength of Schedule. They finished with a disappointing 8-9 record but only lost 2 games by more than 7 points: @SF by 8 & @GB by 27 (no Cuz).

The other 7 games they lost were by a total of 27 points or 3.85 average. Nobody knew how good the Bengals or Cardinals were going to be and our Vikings fought both of them on the road to last second losses of 3 pts wk1 & a single pt wk2…and on a non-fumble & missed FG no less!! What I’m saying is that last year’s TEAM was closer to the playoffs than many want to think. 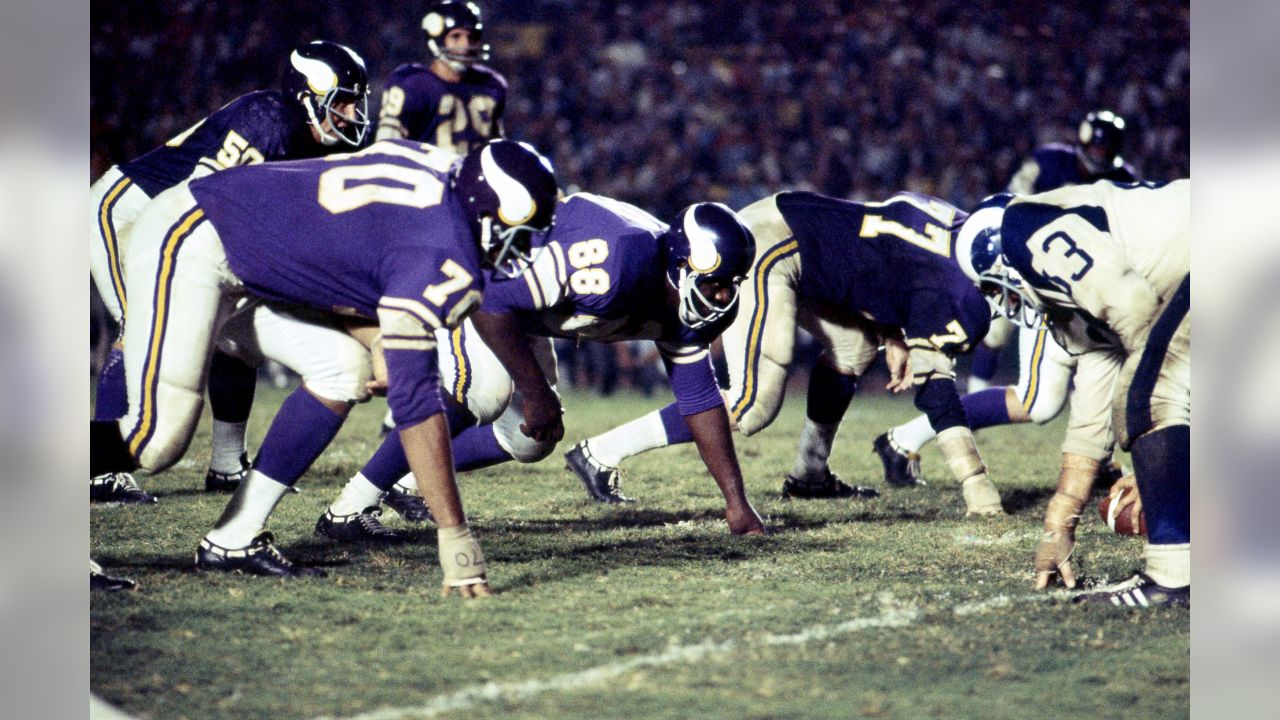 Meet At The Quarterback!!!

The top Free Agents that TEAM lost were Conklin on O & X.Woods on D; a backup TE and a Safety we already had a potential young replacement for before we drafted the Defensive MVP of the College Championship who brings elite measurables and leadership experience to the field. Pierce and Barr were replaced with similar players on better deals in Philips & Hicks; 2 guys who have missed very little time to injury replacing 2 guys who have not played all that much for the Purple Pride. The Biggest Splash of Free Agency was easily LB Za'Darius Smith, pairing the top 2 Pressure Producing EDGE rushers of the 2019 season and adding some serious Juice to the TEAM that finished with the 2nd most Sacks just last year!! Granted, the BIG IF is can they avoid the Injury Bug!? But I don’t know that there is anyone anywhere who doesn’t think these 2 are one of, if not the Most Dangerous Duo in the league IF they can stay mostly healthy.

Patrick Peterson was brought back on a team friendly deal to help accelerate the development of 3 young, long & fast CBs in Dantzler, Booth & Evans. Yeah, there will be some growing pains, but you cannot discredit the amount of pure speed that our TEAM added to their secondary. And the fact that this young, fast group gets to play behind such a talented front seven can only help ease their burden.

But perhaps the Best additions for our beloved TEAM are 3 likely under-rated and under-appreciated Interior O-Lineman…who have a chance to finally help fix what has perennially been our biggest weakness. Chris Reed started 6 games at LG & RG for IND last year and earned an above-average 67.7 PFF grade. That is right aboot the same as Ezra Cleveland and 13 points better than Oli Udoh. Jesse Davis has started 72 games for MIA playing LG, RG & RT. That versatility likely makes him a top backup at multiple positions and puts actual depth on our OL for the first time since…? But these 2 journeyman were not enough for our new regime and they went ahead and drafted Ed Ingram out of LSU in the 2nd round.

PFF has already penciled in Ingram as the starter at RG even though it has been Reed & J.Davis playing with the 1s so far this offseason. Ingram played LG & RG at LSU vs. top notch SEC competition and improved each year he was a starter. 2021 was Ingram's best as he started 11 games, all at left guard, and played on 811 offensive snaps. He gave up just 2 sacks and 11 total pressures on the year and as a result was named second-team All-SEC by the SEC Coaches. He is "Excellent in pass protection - well-developed skillset and nice instincts to pick up blitzes and stunts." His run blocking is a bit more of a work in progress but his "weakness" of straight ahead blocking should be at least partially offset by the wide zone scheme the Vikings are expected to run. Overall, PFF has this OL ranked 19th, which is damn near middle of the pack vs. the bottom 5 unit we’ve endured for so long. https://www.pff.com/news/nfl-offensive-line-unit-rankings-tiers-2022

In Theory, combining the best OL that Cousins has ever had in front of him with even slightly more aggressive play calling should move our offensive output from 12th in yards & 14th in points scored to top ten in the NFL. Despite our Wins Over/Under resting dead center middle of the pack at 8.5, this TEAM boasts a top 4 WR in Jefferson and a top 4 RB in Cook… those fantasy points have to come from somewhere. Thielen ranked 17th in Fantasy points/game last year and was joined by JJ as 2 of the top 6 WR performances in the red zone last season. In fact, before getting dinged up, the veteran receiver posted a 63-686-10 receiving line through his first 11 games and sat seventh at the position in fantasy points, trailing Jefferson by only 14 points. After hit-or-miss production in the first half of the season, Osborn's production was much better when he stepped into an every-down role in place of an injured Thielen during Weeks 13-18. Osborn scored in five of the six games and was 18th in fantasy points during the span.

Much like our Offensive Line, this Defense really has nowhere to go but up, and I think that a healthier year could mean they go from bottom third to top third by mid-late season. Smith + Hunter is SO MUCH BETTER than what we had for most of last year with Richardson playing out of position and Wonnum learning on the fly!! OK, I get the Big IF they are healthy and can return close to form, in PFF terms we’re looking at 80 + 90 = 170 > 112.6 = 50.5 + 62.1…That difference is almost like having a 12th man on D! I think our starting trio of Tomlinson-Philips-Watts is pretty good and our LBers are studs. BIG IF no.2 is IF we can get consistent pressure and rack up 60 sacks, those young corners won’t have to be such quick learners.

Last and Certainly NOT Least for Vikings Fans, LUCK. From Teddy’s knee imploding to the sudden passing of Tony Sparano on the eve of training camp to nearly losing a freaking eye himself (anyone miss the ODIN reference?!?) Zimmer’s tenure was full of Bad Luck. Maybe the crusty ole curmudgeon brought some of it on himself with his not so friendly demeanor…I mean, after all, Karma is Usually a Bitch. Maybe he just used up ALL OF HIS LUCK on one Minneapolis Miracle. I mean really, isn’t it aboot damn time a few things went our way!?!?? KOC & Kwesi seem like jolly good fellas; maybe some Pretty Purple Karma is coming our way…

I’m not going completely crazy and betting on the Vikings to Win The Superbowl or anything. I just think the potential is here to a surprisingly competitive TEAM immediately, year 1 of the O’Connell Era. And that a Mostly Healthy TEAM going in to the Playoffs just might have a sneaky good chance of getting hot at the right time.