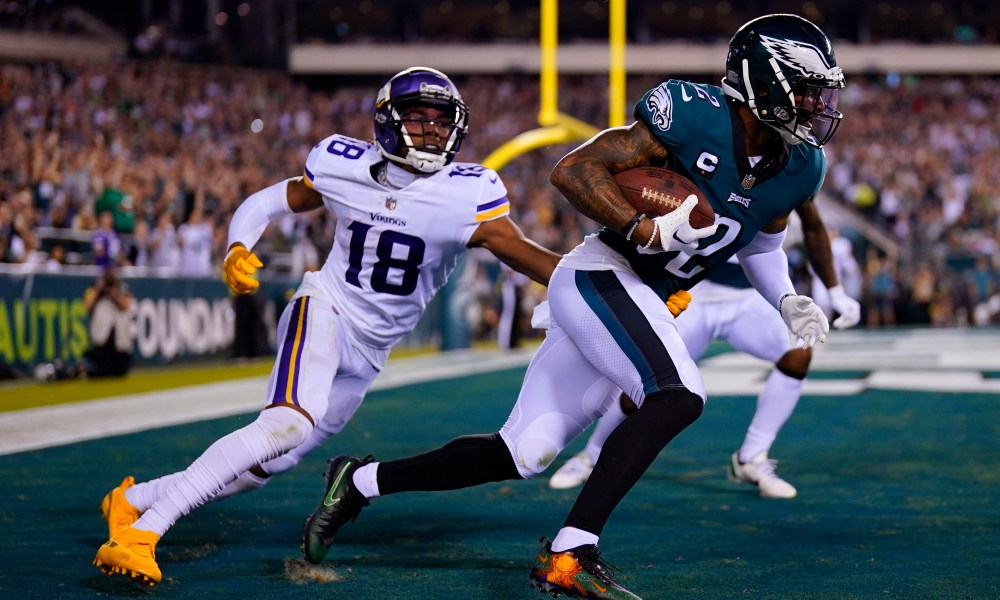 You know, I really wanted to try and be optimistic and positive about this team. I really did. All I heard from this team during the preseason was about how great they looked in practice. You might've seen one of my posts where I really showed how optimistic I was about this team. The offense was pretty much intact from 2021, and barring my feelings towards Cousins, he was finally going to have the backing of a Head Coach. He was going to be in offensive scheme that was made by McVay, Shanahan and O'Connell. Hell, it's no secret who Shanahan wanted for his system. It's a well reported fact. This is an offense that both Shanahan and O'Connell believe Kirk Cousins could flourish in.

The defense was the biggest question mark coming into this season, but even so, it seemed like they made all the right moves on paper. Danielle Hunter comes back from injury and we made some signings to bolster the secondary. We drafted two CB's, one of whom was a projected 1st rounder. And they were all doing really well in practice.

But that's just practice. That doesn't mean anything come game-time. So, despite my optimistic outlook of the season, I still very much had my doubts about how this season was going to go. On August 31st, I stated that I thought the Vikings would go 14-3, and I stand by that. I think this is a team that, on paper, could win 14 games. But practice and paper are always trumped by reality.

And reality showed that this team was better than even I thought it was. We kicked Green Bay's ass, and did so convincingly. The defense looked stout, aside from the run game that they started to let run loose to the outside, and the offense stalled in the 2nd half, but it was still a dominant performance.

It was the kind of performance that blows everyone out of the water. Nobody thought we would be that dominant, including me, who thought we'd dominant early and let it get uncomfortably close. We performed at such a high level, it shocked everyone. Couple that with the Eagles, who, towards the end of their game, were fighting for their life against the Lions, who at the start of the game had all the consistency as a wet paper bag. They survived the Lions, while we hammered the Packers. Just off those two performances, it looked like the Vikings would be the better team.

And here's where I have to take off my purple-tinted glasses, and put on my red-tinted glasses, because that's all I'm seeing anyways. Watching this game, there was no doubt who was the better team. The Eagles could not be stopped on offense, and their defense was getting home all day. The Vikings offense was non-existent and the defense looked so absolutely lost and horrible. And I feel like that's an understatement.

You do not know just how badly I don't want to regurgitate the same points about Kirk Cousins, but this is the kind of game where doing so is very difficult. You can rag on the defense all day, which is rightly deserved, but the defense did not allow a single point the entire second half.

The offense had 4 drives that made it to within the Eagles 30-yd line. All of which occurred in the 2nd half. The offense scored 0 points. Zero. 3 of those drives ended on INT's, and let me be fair: the first one was on JJ. The other two were on Kirk, and the last one ended on a sack. Say whatever you want about the defense, the offense needs to score on those drives. This game was never out of reach. Hell, the defense kept us in the game in the 2nd half, while the offense was doing nothing but sputtering. Special Teams did their jobs all night long. That's the one facet of this team where I feel it's performing above what we expected of it. Everything else is lesser after tonight. The defense gave the game away in the 1st half, but when the Offense had the chance to take it back, they couldn't. Both sides of the ball sucked, and sucked hard.

But, the defense didn't give up a point in the second. They kept the game in reach.

The Special Teams made the Eagles work for it, instead of giving them good field position.

Kirk Cousins made stupid decision, after stupid decision. He passed it to Cook, which he was directly behind a defender, instead of JJ who was wide open on a wheel route that even Troy Aikman pointed out should've been the proper read. He then throws a INT by passing it to Thielen, who was draped by Darius Slay, and threw it low enough that a guy 5 yards lower than Thielen could jump up and snag it. He later threw a fade route very short and that got picked by Slay.

Nobody, barring the special teamers, came ready to play tonight. The playcalling was atrocious on both sides of the ball. The effort was not there. They were not ready, which is strange considering how they looked just a week ago. This game was an embarrassing display for Ed Donatell, who called plays practically giving the Eagles 8-12 yards every play, and for the offense, who just couldn't seem to get out of their own way. I think I can say that most people were pretty enthusiastic about this season after last weeks game. All the Vikings had to do was just look respectable and that train could've kept rolling. Only a brick wall could stop it: its name is the Eagles.

Now, before I move on to my weekly predictions for Week 2, I do feel like I should highlight some players deserving of praise.

A better week when it comes to predicting, as I was above .500.

Dolphins vs Ravens - And that's how you do it. The Dolphins, after looking okay last week, looked like Gods on Sunday.

Texans vs Broncos- The Texans looked about how I imagined them to be, but the Broncos just look god-awful.

Titans vs Bills- Diggsy doing pretty well for himself.

Bengals vs Cowboys- Who needs Dak when you can feel the Rush⟨®⟩?

Patriots vs Steelers- You know, I wasn't expecting much outta Pittsburgh but damn.

Bucs vs Saints- This game was boring until the brawl.

Panthers vs Giants- The Giants are 2-0. This is indeed the dark timeline.

Commanders vs Lions- The Lions showed their talent, and goddamn do they look good.

For this week, I've got a couple games that I think are going to end differently.

Raiders vs Titans- I think that the Raiders have shown themselves to be the better team, and the Titans look like drunken fools have the time.

Chiefs vs Colts- I was expecting the Colts to be Half-Way decent, as opposed to utter trash.

49ers vs Broncos- It's the Garoppolo Show, baby!

Lions vs Vikings- And here's where I'm going to get flak. After two weeks, the Lions have shown themselves to be the best team in the NFC North. They are just like they were last year: hungry. This team could be down by 35 and still be putting in maximum effort. The Vikings, I feel, are a team that if they get down by 14, will pack their bags. Make no mistake, I think that the Vikings are going to look much better next week, but the Lions are going to leave US Bank stadium with a victory.

For those who want to make their own predictions, I use this: NFL Playoff Predictor.

I am interested to see what you're opinions are of the game the Vikings had, as well as what you expect for the next week of football, not just from the Vikings, but around the entire league. Do you have any upsets in mind for this coming week, or are things going to be quite predictable?

Question: Who do you think is most at fault for tonight's performance?