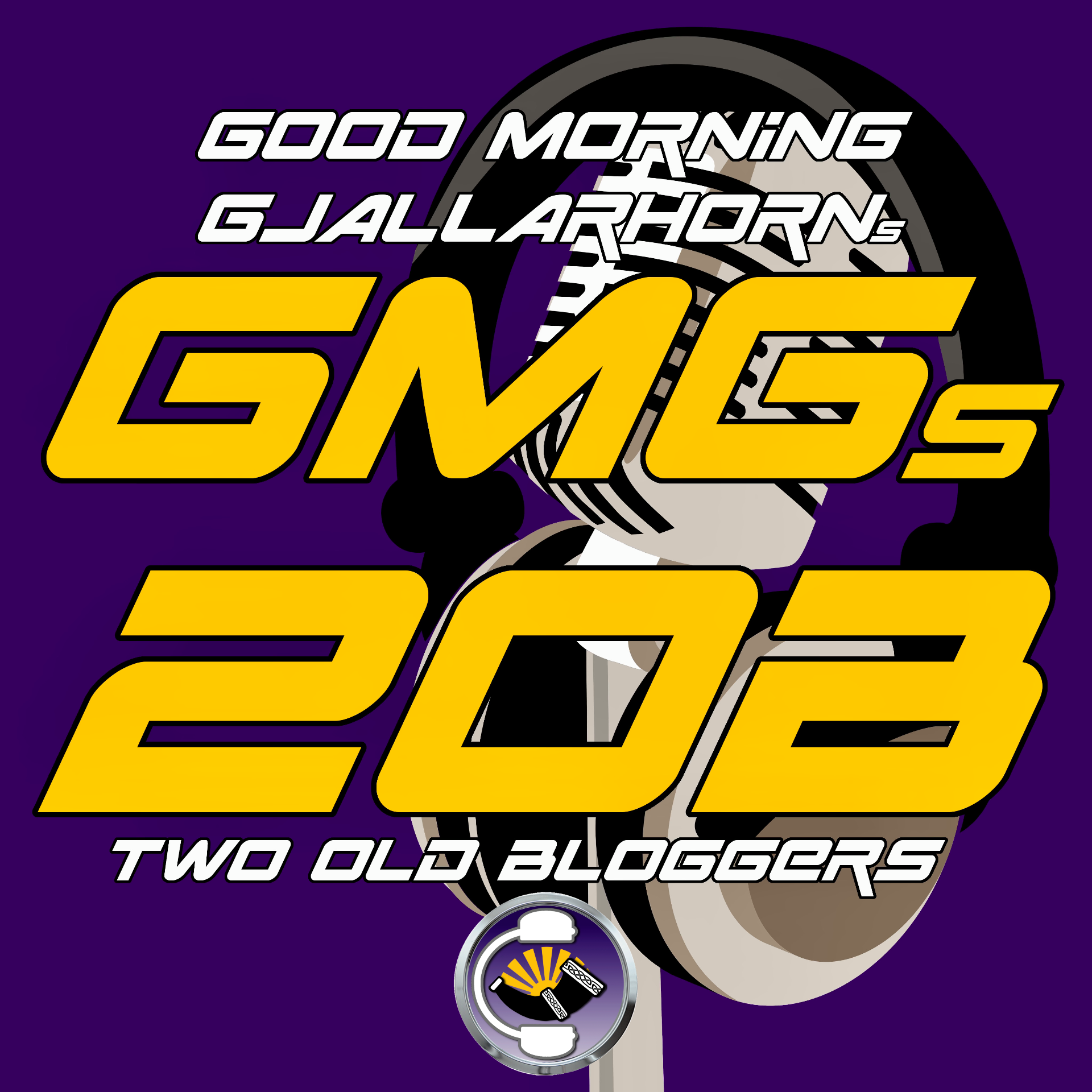 The season is over for your Minnesota Vikings so let’s evaluate the results, plus the latest news from Ed Donatell’s release to who might replace him. SKOL!

Giants vs Vikings in the Super Wild Card round

Cunningham to Cousins: Can Kirk do what Randall did? SKOL!

The guys get into the changes on the O-line and whether the Vikings should be sitting some starters and getting some young studs playing time on that Soldier Field turf versus the Bears. SKOL!

Vikings at Packers - Cheese Anyone?

It is Packers week and the Vikings need to end their dreams. From the rookies stepping up to the Duke of Shelley, make it so to start 2023 just like they did at the beginning of the season. SKOL!

From everyone wearing white to what it takes for the Vikings to beat the Giants.

We have a great show lined up, from should Jalen Reagor be used more, the anatomy of a concussion, and is there a better solution for Darrisaw and Evans, to breaking down the Kitties. Should they be as hyped as much as they are? Can the Vikings prove Vegas wrong & clinch?

Vikings vs Jets - Another Test

Two Old Bloggers breaks down Jet vs Vikings and the battle against another good defense, addresses fans fears, and tries to explain why this team isn’t good yet on screen plays.

The Bounceback: Vikings Win vs Patriots

From a bad defeat to a great win, Darren and Dave talk about the comeback and bounceback victory over the Patriots and what that means for the Vikings and the standings in the NFC North and the NFC.

Darren Campbell and Dave Stefano break down the 8-1 Vikings vs 6-3 Cowboys with a little bit of "look at us now" after the team pulls out the win against the Bills in the most entertaining of manners.

Vikings vs Bills - Ride ’Til I Can’t No More

Darren Campbell and Dave Stefano are breaking down Vikes at Bills, but first some Kirko and JJ talk. Come join us and talk about the attitudinal changes all across the team that so far have resulted in a glorious 7-1 start. SKOL!

What a fantastic show! Darren and Dave delivered today with no letdowns. Let’s hope the Vikings do the same against the Commanders tomorrow! They break down what to expect in the game tomorrow, the Vikings vs Commanders. Can Taylor Heinicke play a spoiler? Will TJ Hockenson make a difference in his first game as a Viking? Can my young blocking stud, Ed Ingram click and get effective at pass blocking? We all want to know, so join us. SKOL!

Join Darren Campbell and Dave as they look at the Vikings vs Cardinals game, but first, is stability at quarterback a good thing? Only if it brings wins, right? So far so good this season. Join us as we argue over this and much more including the shortest QB in football since Wee Willy Smith was winning championships with the Giants before WWII. #SKOL!

Are the Vikings playing better than last season? The record says so. Join Darren and Dave as they compare and look for the differences that have led to more Ws. #SKOL!

Darren and Dave talk about the Vikings at the Dolphins. Is there a Skylar Thompson effect? We’ll explain what that is. Have there been some pleasant surprises beyond the 4-1 start? Then, what will it take to beat the Dolphins in the heat and humidity? Who do you pick? #SKOL!

Darren and Dave talked today about how Kirk Cousin’s production has declined. Is he declining? Is it the new scheme? He has two 4th quarter comebacks though and a better QB win rate than any start in his Vikings career, but QB wins isn’t a stat, right? #SKOL!

Vikings at Saints in London - What’s Wrong With Jefferson?

Darren Campbell will join Dave in what promises to be a wild Two Old Bloggers. We can hear everyone already. We can’t wait to talk about Justin Jefferson and the rest of the Purple. To London... Tally-ho! #SKOL!

Vikings vs Lions - We Expect Better

On this episode of 2OB, with much gnashing of teeth after the humiliating loss at the hands of the Eagles, the Vikings take on the Lions in a key NFC North matchup. Darren Campbell and Dave Stefano will look into what to expect, and we expect better! Join us. SKOL!

In this episode of Two Old Bloggers, Darren finally gets a chance to rejoice in the week 1 victory over TTFW [the Packers] and we together look at the Monday Night matchup with the Eagles. It should be a rockin’ preview. Join us! #SKOL!

Ranked by the most comments received over the last 24 hours.

Vikings vs Packers - Are You Ready?

In this episode of Two Old Bloggers, join Dave and his outstanding partner in football, Darren, as they get you pumped for the week 1 border battle. Will the Purple and new HC Kevin O’Connell mark the end of Green Bay’s dominance? Hell yes! Let’s do this! SKOL!

In this episode of Two Old Bloggers, Darren and Dave dive into all the moves made by Kwesi Adofo-Mensah along with Kevin O’Connell to cut the roster to 53, then build a practice squad on top of that. There were moves and more moves, some expected, and others unconventional. Let’s look at why. SKOL!

In this episode of Two Old Bloggers , Darren and Dave look at each position group in detail. To predict the entire 53-man roster, from the trade for Nick Mullens to backup Kirk Cousins. The rosters will stay pretty much the same as predicted. A reprieve will only be granted if there are injuries during the game. SKOL!

On this episode of Two Old Bloggers , what we saw in the Vikings vs 49ers game with position battles on the line was telling. So much so that this morning as this is getting posted, the Vikings announced a trade with the Raiders for backup quarterback Nick Mullens. All is good now, right? Is it time to R-E-L-A-X, as Aaron Rodgers put it? SKOL!

Why should you listen when you have results? Because after yesterday’s game in which the Vikings played the Raiders in week 1 of the preseason, there was some movement in the competition at various spots. In addition, the backup quarterback sometimes left a lot to be desired. You can learn how to watch the offensive line as a fan and expand your perspective beyond just tracking the ball. That’s why. SKOL!

Pads On at Vikings Training Camp

With the pads coming on, we got to hear about some hitting with my favorite linemen. Darren and Dave of Two Old Bloggers will hit on that ourselves along with the other happening this week. In addition, tennis might be the key to Kirk Cousins winning us the Super Bowl. SKOL!

Darren and Dave are at again from Two Old Bloggers, talking about the Vikings training camp, our favorite rookies, Kwesi Adofo-Mensah’s too candid remarks, and pointing out how the Hall of Fame senior committee got it wrong once again. Football is heating up and we can’t wait for you to join the conversation. #SKOL!

The Day Before Vikings Training Camp

Darren and Dave dive into a primer for the favorite team’s training camp. Some spots are locked down, others will have to be fought for, and what about those that are lacking? Let’s talk some football! SKOL!

Please join Dave and Darren Campbell an hour earlier than normal as we discuss Harrison "Horrible Harry" Phillips and run-stopping. We’ll also start looking at who will make the final roster and who won’t, based on information to date, premonitions, and flat-out educated or uneducated guesses. We’ll WAG it! Then Darren and Dave will make a case why Jim Marshall should be in the NFL Hall of Fame. He was the original Iron Man on a mighty Vikings team.

2OB looks at if K.J. Osborn will take another leap in his level of play as he goes into his third season. Then ask who will be the punt returner in 2022? All this and a quick round of some open Vikings questions. Join us! SKOL!

Darren and Dave get into the debate of who’s the greatest? Who do you think should be at the top of the list? Let’s get your SKOL on!

Is Dantzler the Best?

Darren and Dave look at your Minnesota Vikings and some storylines that came from it this week. This week we ask if Cameron Dantzler is the best corner on the team, at least for now? Is he? Let’s get your SKOL on!

Darren and Dave look at the end of spring training for your Minnesota Vikings and some storylines that came from it this week, including how Kirk Cousins describes the ability to read Ed Donatell’s defense, a Fangio derivative. Let’s get your SKOL on!

That awful injury bug has started to hit the favorite team and it is causing roster churning and burning of previous notional depth charts. Let’s get your SKOL on with 2OB!

On Two Old Bloggers, Darren and Dave discuss 3 themes: how energy can translate to more wins, what is the chance of a rookie head coach making it to the Super Bowl, and some hot button topics like Kellen Mond and Mike Zimmer drama. Let’s get your SKOL on!

Is Bradbury a Bust?

Darren and Dave dive into 3 themes: answering your questions, asking if Garrett Bradbury is a bust or the solution, then getting into your breakout player of the week, DT James Lynch. Let’s get your SKOL on!

Darren and Dave dive into 3 themes: the schedule, the backup quarterback, and breakout player Cameron "The Needle" Dantzler. Let’s get your SKOL on!

No worries now. The bad man is gone. It was all the defense’s fault. All is good now. We’ll get future legends in the draft. Really? Join Darren and Dave as we debate on all the sunshine and roses coming from Egan and parts of the fan base.